Masters Tips: Is It DeChambeau's Time?

It's April. the Georgian azaleas are in full bloom, and "patrons" are ready to set foot on the hallowed turf of Augusta National for the first time in two years. Somehow, with the Masters back to its proper place on the sporting calendar, all seems right with the world again.

And that's before you even get to the actual golf.

It's as open a field as you can imagine this week. No player has won twice yet in 2021, yet most of the top names in the game have a win to their name, including all three of last year's major winners, Dustin Johnson, Bryson DeChambeau, and Colin Morikawa. Add to that Justin Thomas, Brooks Koepka, Paul Casey, Patrick Reed, Tyrrell Hatton, Daniel Berger, and, oh, Jordan Spieth (!), and you've quite a crew of in form golfers rocking up to Augusta.

In fact, among the consensus contenders, only Rory McIlroy and Jon Rahm haven't won so far in 2021.

Ahead of the tournament, we spoke with US Golf reporter Mike Bailey to get some of his Masters tips for the week ahead and some outside bets to look out for. Mike was a man on a roll for last year's Majors, not least in the US Open when his picks included the first and second place finishers.

For this tournament, he's flagged a couple of possible winners, and a few outside shots who could play their way into the money. Have a watch below or listen to the podcast here.

The big difference between November and now is that the course is going to be a lot firmer. And you would think for a guy like DeChambeau, as far as he carries the ball, he would probably prefer a course that's a little softer so that he won't get in trouble.

But there's a couple of things about Augusta. One is that you can hit in the trees and recover. Tiger did that many times. He made birdies about of wayward drives and DeChambeau is kind of the same way. And the other thing that DeChambeau said was he likes it firm. He think it's more predictable when it's firm, and in his mind, he's won under firm conditions. Certainly that US Open, it was firm, and he did well there. He likes those conditions and there'll only calling for a little bit of rain this week, so it should stay firm all week.

He's not particularly long but he;'s super solid, doesn't spray the balls, and is just very consistent. And when you think of guys, like when Zach Johnson won, he wasn't long. So you don't have to be a long hitter to win at Augusta. There's been guys who've laid up on every Par 5 including 13 and 15, so it can happen that way.

Australian Matt Jones is another winner this season, as the surprise victor at the Honda Classic last month.

And impressively too. That's surprised me a little bit, and the way he was hitting the ball there, and that is a very hard golf course. He was very precise. I was very impressed with the way he handled the pressure down the stretch. It looks like he's got a bit of resurgence.

I talked to him a few years ago when he won down here in Houston, and then he kind of disappeared, and you were wondering, 'well that's probably the end of his career,' and suddenly he's coming back. He's playing well. He's had another couple of good finishes at a couple of other tournaments in the last few months as well. 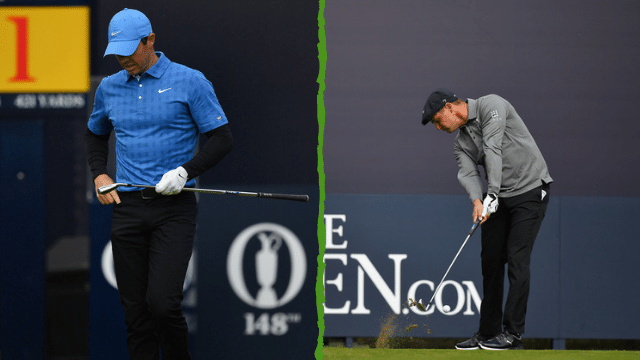