Rory McIlroy is starting to put together a run of form that could see him pitted as one of the favourites for the DP World Tour Championship.

He's no stranger to this week's event, having won it in 2012 and 2015. He'll hope to follow on from his CJ Cup victory in Las Vegas in October.

That day marked his 20th PGA Tour title and a much-needed distraction from the Ryder Cup held in Whistling Straits a month prior.

While the Northern Irishman ended that weekend on a high by earning a point for Team Europe, he failed to spark much of a comeback in the pairings.

McIlroy Going Back To His Roots

Consistency has been the issue for McIlroy as of late. He's hoping to bank on old relations to help relive his days as World Number 1.

He's back with childhood coach Michael Bannon to work on his game more regularly, having been under the tutelage of golf coach Pete Cowen this year.

"Michael has always been my coach," McIlroy told Sky Sports. "He's coached me since I was eight years old. Even if he wasn't visible, he's been in the background for the last six months."

"I think Michael knows my swing and my game better than I probably know it at this point," he said.

Back together 😍✅👀. Bannon x McIlroy pic.twitter.com/nbKXsBCJtA

In the aftermath of the Ryder Cup, McIlroy showed a lot of emotion despite earning a victory in the singles competition on the last day.

The three-time Race to Dubai champion says he's analysed his performances over that weekend and his longtime coach has helped out.

"I talked to (Michael) at length after the Ryder Cup and we had organized for him to come out the week after Vegas to start working again, then obviously I went and won Vegas."

A win at this week's DP World Tour Championship would be a positive end to a year of plenty of ups and downs for the Northern Irishman.

"I feel like it's been a year of exploration, learning," McIlroy said. "Those weeks in between the Ryder Cup and Vegas I feel like I figured a few things out on my own, which sometimes you need to do."

"Sometimes you need to go and throw hundreds of balls down on the range and hit some and figure it out on your own." 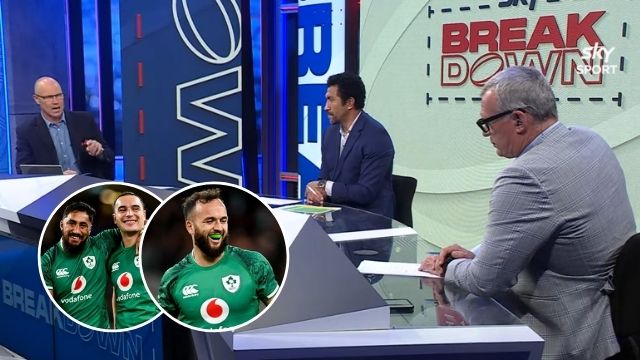