Obscure Ryder Cup Players Who Have Somehow Stuck In Our Memories

The Ryder Cup offers a chance for journeymen to write their name in lights. The European and American teams are often filled with players that would not be well known to the casual golf fan, and that seems to have become even more common in recent editions.

This year's tournament was supposed to be on this week but instead we're left with nothing but a trip down memory lane.

The final day singles in 2002 pitted two Phil's against one another. Humble Philip Price was to face the far from humble Phil Mickelson, whose nickname on the PGA tour was FIGJAM (an anagram of "Fuck, I'm Good. Just Ask Me.)

This match-up explains the bookies' pre-competition thinking. Europe were ridiculous outsiders in 2002, not only due to the intimidating American lineup, but also because the Europeans had all lost form in 2002.

Most of these guys had only qualified on the strength of their 2001 form. They were gearing up to play that year only for Osama Bin Laden and his acolytes forcing a re-schedule.

Perhaps nothing better emphasised Europe's magical day than the sight of Philip Price beating Big Phil 3 & 2 in the one of the later match-ups.

Barry Lane was in our eyes and in our ears during the 1993 Ryder Cup in the Belfry.

Characterised in this office as an old-timey English golfer who specialised in leading the British Open every Thursday morning, Lane made his sole Ryder Cup appearance in '93.

Unfortunately, he made an ample contribution to Europe's loss. He played in three matches and lost all of them.

It pains us to do this and we mean no offence to a legend of Irish golf. But there's no question that golf fans from out-foreign wouldn't regard Philip Walton as any more household a name than Philip Price.

Walton wrote another chapter in the glorious history of Irish players "winning" the Ryder Cup for Europe. Second bottom in the order, he needed a two-putt to beat Jay Haas down the 18th. He cosied up to the hole, received the concession, and was leapt on by his jubilant teammates.

Along with Jean Van de Velde and Andrew Coltart, Sandelin formed one of the trio of rookies who was left on the bench for two whole days in the 1999 competition.

After a stunning opening, Mark James was determined to keep his best guys on the case on Saturday. Like a cruel underage football coach who won't give the subs a game.

Sandelin took it well, as Paul Lawrie told Golf Digest some years ago.

In the team room Friday night, James apologized to the three guys who hadn't played that day and said, "I'm really sorry, but it doesn't look like you'll play tomorrow. We're doing well. I don't want to break anybody up." There was silence. Then Jarmo says, "That's OK, but if you don't play me Sunday [mandatory for singles play], I'll be really pissed." Broke up the entire room.

Coltart was one of the aforementioned rookies in 1999. Oddly, James picked him as a wildcard over more high-profile players and proceeded to leave on the sidelines on the Friday and the Saturday. He couldn't leave him out of the singles.

He had a nice easy intro for his first and only Ryder Cup match. Playing Tiger Woods in the singles. He played reasonably but lost 3 & 2.

At one stage, he managed to lose a ball in area patrolled by four or five marshals. After ferreting around for five minutes, they were informed their time was up. Coltart traveled back to hit his tee shot again.

According to Coltart's coach, the marshals began high-fiving each other when the search was called off. After banging his second tee shot down the fairway, the first ball miraculously appeared. To this day, Coltart's caddie insists that one of the marshals was standing on the ball. It remains a matter of conjecture. 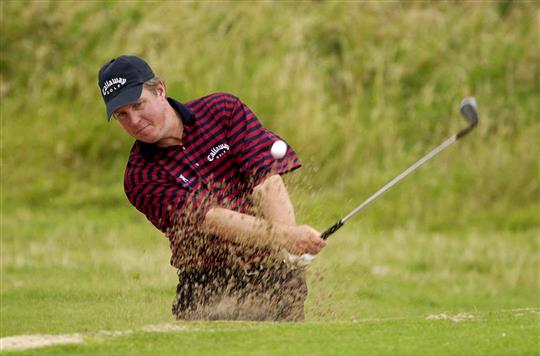 Before 1999, Payne Stewart said that "on paper, the Europeans should be caddying for us". Had he lived until 2002, he might said the same with even more justification.

Europe's team of struggling nonentities downed the all-star American lineup. Pierre Fulke was one of those players who enjoyed a smashing year in 2001 only to suffer a drastic dip in form in '02.

Fulke didn't hog the headlines but he played above himself all the same, gaining an unlikely half against Davis Love III. 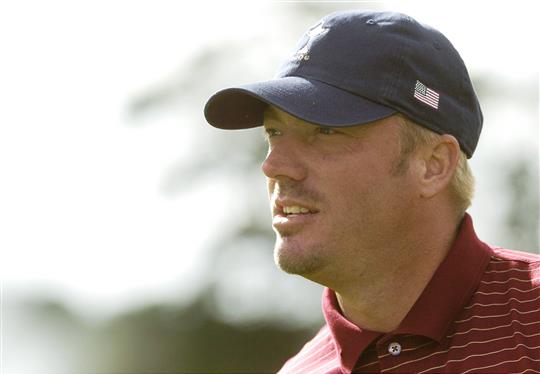 America brought a ropey looking team to the K Club in 2006. The star names were in attendance but there were a clump of rookies who sneaked in at the bottom of the money list. Paul Azinger expanding the number of captain's picks for 2008 may have been a consequence of the 2006 loss.

Wetterick, whose best Major performance was tied-32nd in the USPGA in 2007, was possibly the most obscure US Ryder Cup player of them all. He played two matches that weekend, losing both.

Along with David Toms, he lost 3 & 2 to Garcia and Olazabal and then he was smashed 5 & 4 by David Howell in the singles.

A member of the 2010 US team which lost by a point at Celtic Manor, Overton has never won on the PGA Tour. He had a decent weekend, teaming up with Bubba Watson in three matches, winning one point, and then disposing of Ross Fisher 3 & 2 on the final day. 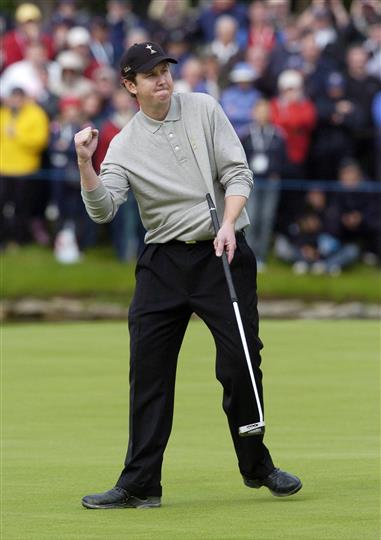 Henry held his own as, all around him, Americans were getting massacred in the K Club.

He had an 'Ireland at Italia 90' kind of weekend, halving all three matches in which he played. He owes this to the generosity of Paul McGinely who conceded a monster putt on the 18th green, allowing Henry the half and preventing Europe from claiming a record 19-9 win.

SEE ALSO: 7 Classic Headlines You Are Guaranteed To See In Every Lions Year 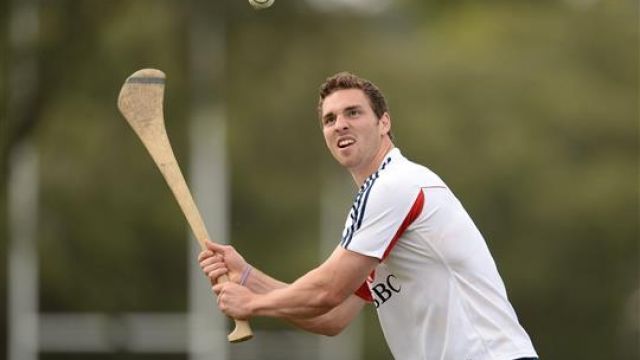