Watch: Rory McIlroy Had An Absolute Nightmare On The 18th At Sawgrass

Rory McIlroy has not been in great form over the last few months, but there was a suspicion that he could start to rediscover his touch at The Players Championship this week.

The Down native won the TPC Sawgrass event in 2019, meaning he is the defending champion on this occasion after the 2020 tournament was cancelled after the first round.

As perhaps the biggest championship in golf outside of the four majors, this would certainly be the right event to find his form.

However, his opening round in Florida quickly became a disaster. Teeing off on the 10th, he would double bogey the par-four. McIlroy would go on to bogey the 13th, but seemed to steady himself from this point.

Then the 18th happened. The 31-year old would record a remarkable quadruple bogey, finding the water twice. You can watch the two shots in question below, with McIlroy going on to make the turn at +7.

The champ is down. Rory McIlroy makes a quadruple bogey on No. 18. pic.twitter.com/dIfMf72WxG

McIlroy would go on to record birdies on the first and second, but has left himself an uphill battle to make the cut.

SEE ALSO: Irish Golf Courses Have Been Shutdown For The Longest In The World 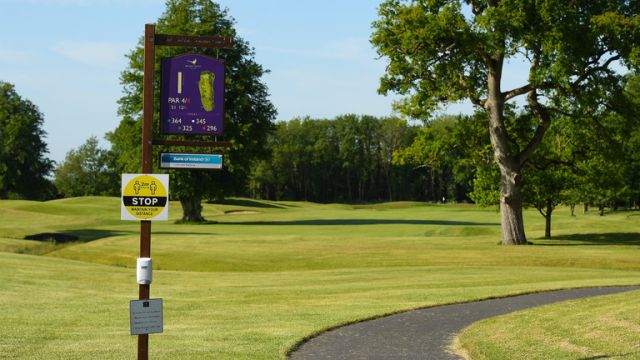