It has not been a good week for Rory McIlroy. Having entered this weeks Players Championship at Sawgrass as the defending champion, he has failed to make the weekend after two poor rounds saw him miss the cut.

It is the latest disappointment for the Down native, who has struggled with his game in recent times.

The most recent issues seem to have stemmed from his swing. McIlroy has added some distance to his game, but it also seems to have made him much less consistent.

Speaking after his exit at Sawgrass, he admitted that his swing has been an issues. He also said that Bryson DeCahmbeau has been a major part of that, with the distance the American can hit the ball forcing other players on the tour to assess their own game.

Probably the swing issues and where it all stems from, probably like October last year, doing a little bit of speed training, started getting sucked into that stuff, swing got flat, long, and too rotational.

Obviously I added some speed and am hitting the ball longer, but what that did to my swing as a whole probably wasn’t a good thing, so I’m sort of fighting to get back out of that. That’s what I’m frustrated with...

I think a lot of people did. I’d be lying if I said it wasn’t anything to do with what Bryson did at the US Open.

I think a lot of people saw that and were like, whoa, if this is the way they’re going to set golf courses up in the future, it helps. It really helps.

The one thing that people don’t appreciate is how good Bryson is out of the rough. Not only because of how upright he is, but because his short irons are longer than standard, so he can get a little more speed through the rough than us, than other guys.

Adding distance to your drive can certainly help, but McIlroy shows that doing so can be detrimental to your overall game.

It is an issue he will need to resolved ahead of major season if he is to end his near seven-year wait for one of golf's biggest honours. 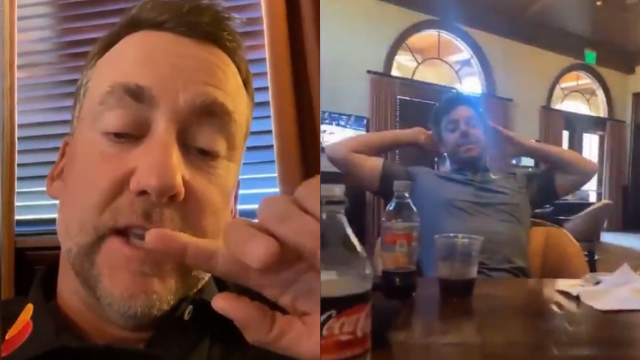