In 2009,  19-year-old teenager Rory McIlroy explained his feelings on the Ryder Cup. “It is a great spectacle but an exhibition at the end of the day, and it should be there to be enjoyed. In the big scheme of things, it's not that important to me."

12 years later, McIlroy has played in six Ryder Cups. He certainly isn't the greatest Ryder Cup player of all time, but the match play tournament clearly matters deeply to the Co. Down golfer. When we last saw the Golden boy of Golf last Sunday, he was subdued, in tears, and almost broken, and confessing that the Ryder Cup is the best event in golf.

Writing for CBS Sport and speaking on the ‎No Laying Up Golf Podcast, Kyle Porter discussed Rory McIlroy’s incredible interview on Sunday night. Porter spoke to McIlroy on Monday at the airport for a fascinating interview about the 2021 Ryder Cup and all those tears.

While a huge part of his emotions on the 18th at Whistling Straits were linked to playing so poorly, there was some genuine pride mixed in as well, as Porter explained.

McIlroy apparently was slated to go out second last but it took an intervention for the European vice captains to send McIlroy out first against Xander Schauufle.

“For Rory going out first, that’s real. Even Paul McGinley talked about going out first being monumental, because Rory was due to go out 11th, but the likes of Graeme McDowell and a number of others said, ‘listen it’s Sunday at the Ryder Cup, Rory McIlroy does not go out 11th.’ And that not only meant so much to him, but that’s were his self-awareness and consciousness begins to set in.

“He said he couldn’t sleep Saturday night because he didn’t want to let down the guys that believed in him to go out first. He said he just didn’t want to lose another point. And a lot of people thought he was crying because he let the team down, and yes that was maybe some of it, but I think a lot of it was down to not letting his team down further and not getting hammered. Remember he was beat by Reid in ’16, he was beat by JT in ’18, both from first position, so that puts into context why perhaps he was so emotional afterwards.”

Speaking last Sunday, McIlroy said, "I don't think there's any greater privilege to be part of one of these teams." It's an absolute privilege. They've always been the greatest experiences of my career. I've never really cried or gotten emotional over what I've done as an individual. I couldn't give a shit. But this team and what it feels like to be a part of ... it's phenomenal, and I'm so happy to be a part of it."

Porter further examines perhaps another reasoning for McIlroy’s emotion has been the long-term pressure placed on the Northern Ireland golfer to perform at the highest level.

“One thing I asked him was, was he overwhelmed over the last twelve years of being Rory McIlroy? And he said not really but he was burned out by the last eighteen months. And what he said burned him out was that he has been working his ass off and the results have not been there.”

In analysing his future and legacy in the game, McIlroy told Porter, "The end is not near, but you start thinking about that a little bit more. The other thing is that this year was meaningful for our team because we knew it was probably the end for some of our older players who have been so great at Ryder Cups."

We may never see the Rory McIlroy who blitzed the golf world a decade ago, but it's clear he's a unique sportsperson with genuine depth. 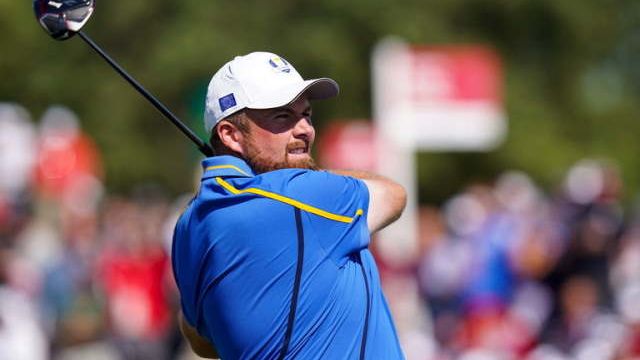