Rory McIlroy had a mixed third day at the Open on Saturday, with a stellar front nine leading to a disappointing close to the round - and the frustration led to him throwing his club at the 14th hole.

McIlroy had been fighting to stay at level par all weekend, and went into the third round 11 shots off the lead. On the front nine on Saturday, though, it appeared that we were in store for a vintage McIlroy performance, with five birdies and one bogey bringing him to the back nine at -4.

It was on the back nine, though, that things fell apart. McIlroy started the back nine with two bogeys in four holes, and at the next hole - the 14th - an errant tee shot led him to chuck his club from the tee box.

Hell of a windup. pic.twitter.com/fftbWZeexK

Speaking in an interview after the round, though, McIlroy sought to play down his frustrations - and even debated whether it should have been referred to as a "throw".

It wasn't really a club throw was it? It was just a little toss. Not as p***ed off as Tyrrell was yesterday!

McIlroy was referring to Englishman Tyrrell Hatton, who snapped his club yesterday after an errant layup shot.

We all know a Tyrell Hatton on the golf course. And he’s delivered the holy trinity in today’s round - a middle finger to somebody, an F Bomb and now this 😂 #TheOpen #WorldsAngriestGolfer pic.twitter.com/qOgKVUHpob

Aside from Saturday's front nine, the 2021 Open will likely be a major McIlroy will want to forget, and he admitted as much in another post-round interview with Sky.

I mean the front nine was really good and it's the sort of golf that I know that I can play. It's just a matter of trying to do it more often and it was great to get on a little run like that.

But, yeah, I sort of struggled on the back nine. As you said, the little putt missed on 11 kind of killed any sort of momentum and then I had a chance on 12 and didn't convert that. The last few holes are playing a little tougher than they have been the last few days.

I wish I had of kept it going, but there were flashes of things there that I'm really happy about and I just have to be encouraged by that.

As he entered the clubhouse, McIlroy sat 10 shots off the lead, so his only hopes for Sunday's final round will surely be to card a consistent round across the front and back nine after Saturday morning's promise. 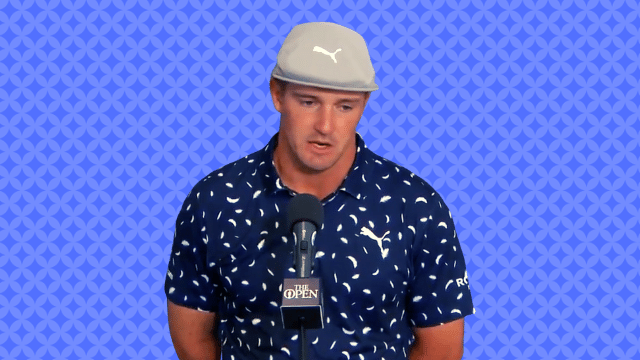 Olympics
2 days ago
By PJ Browne
Rory McIlroy Suffers Bronze Medal Playoff Heartbreak At Olympics
Golf
3 days ago
By John Dodge
Everything You Need To Know Ahead Of The Final Round Of The Olympics Golf
Golf
3 days ago
By Andrew Dempsey
Friendship Helps Drive Shane Lowry And Rory McIlroy To Verge Of Olympic Medal Places
Popular on Balls
Olympics
16 hours ago
By Eoin Harrington
Team Australia In Hot Water After 'Unacceptable Behaviour' On Flight Back From Olympics
The Rewind
15 hours ago
By Eoin Harrington
Is Taylor Swift Really In Cavan Right Now?
Football
16 hours ago
By Gary Connaughton
9 Pivotal Moments On Celtic's Journey To Becoming A 'Banter Club'
GAA
19 hours ago
By Gary Connaughton
Remembering 11 Of The Most Famous Inter-County Transfers