Rory McIlroy might well represent one of Ireland's best medal hopes at this summer's Olympics, although the 32-year old will need to show a big improvement in his form if he is to challenge in Tokyo.

McIlroy did not challenge at The Open this week, finish +1 after his fourth round and never troubling the leaders.

That sums up his form over the last couple of years, especially in major championships. This was his final chance to win one of golf's four flagship events in the 2021, with his last victory coming in 2014.

The Olympics could offer a chance to rediscover some form, although it's fair to say he doesn't seem that excited by the prospect of playing in the games for the first time. McIlroy missed the 2016 edition after pulling out over fears related to the zika virus in Brazil.

Speaking after his final round at The Open, he said the covid restrictions at the games means he does not have a whole lot to look forward to. He also admitted that he was not travelling to Japan any out any sort of Irish patriotic feelings.

I don’t know if there is much to look forward to. It’s going to be a very different environment.

I am looking forward to getting another week’s golf in and trying to get my game in shape. There’s not much else to do there – so with 12 hours at the golf course hopefully I get my game into better shape.

For me at the minute it’s just the process of trying to work my way back to the sort of form and the sort of the level that I know I can play at.

There are a lot of birdies in there but a lot of bogeys, too. I’ve made 17 birdies this week, which is more than enough to challenge to win this golf tournament.

I’m not a very patriotic guy, I’m doing it because I think it is the right thing to do.

I missed it last time (concerns over the Zika virus forced his withdrawal) and for golf to be an Olympic sport you need your best players there and I feel I want to represent the game of golf more than anything else.

Shane Lowry will Ireland's other golf representative in Tokyo, with both men in with a chance of bringing home a medal. 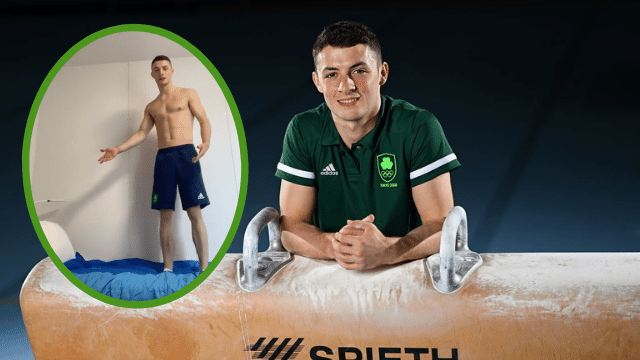