It's safe to say that golf is a very different game to what it was only a few decades ago. The distance and precision the top pros can hit the ball with now would have been unthinkable a couple of generations ago.

It is a sport that benefits the long hitters now. It is certainly no coincidence that the most successful players on tour also tend to be the ones that can drive the ball the furthest.

Some are not so thrilled about this evolution. The R&A and USGA, the two bodies who oversee golf in the UK and USA respectively, recently commissioned the 'Distance Insights Project', which looked at restricting driving distances in the sport.

They now look set to limit clubs to a maximum of 46 inches, as well as the potential use of a local rule that would place limits on equipment with the intention of producing shorter hitting distances.

It is certainly a major step in golf, and one that has not been welcomed by many players.

Rory McIlroy is the second longest hitter in the PGA Tour, meaning he would be one of the names most affect by any rule changes.

Speaking to the Golf Channel, he said he felt this report was a major waste of money from the authorities. In fact, the Irishman was not worried about how it would affect his game, but instead how it could turn ordinary people away from the sport.

It certainly doesn't need to happen. I feel the R&A and USGA are looking at golf through a tiny, narrow little lens that attains to 0.1% of golfers.

Yes, of course the ball goes a long way with top level professionals and top level amateurs, the guys that make their living playing this game.

But 99.9% of golfers don't do that. They don't want the ball to go shorter, they need help getting the ball in the air and going further. Golf has had an unbelievable boom in 2020. This pandemic has been so good for golf...

Those millions of dollars that was spent on the distance insight report should have been put back into the grassroots of the game. We need more younger people in the game, we need more minorities in the game.

I'm probably going to get in trouble for saying this, but it reeks of self-importance. Yes they're the gatekeepers of the game, but their job is to make sure the game thrives in 100 years time. This is not the way to do it.

The way to do it is to get more people into the game by making golf more approachable. If you're just piling rules onto people the entire time that doesn't make it approachable.

We imagine many other people at all levels of golf would share these feelings. 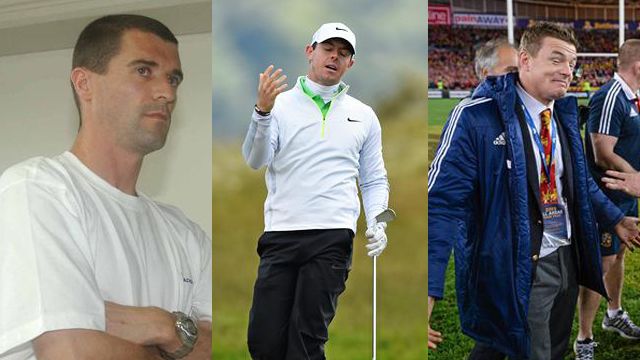