Rory McIlroy has been in touch with Tiger Woods since the 15-time major champion was involved in a car crash last month.

"I’ve spoken to him a little bit," McIlroy told The Tonight Show with Jimmy Fallon,

"He’s doing better. I think all the guys have reached out to him. Hopefully if things go well over the next week or so, he might be able to get home and start recovery at home, which would be great for him. See his kids, see his family.

"But yeah, he’s doing better. And I think all of us are wishing him a speedy recovery at this point.

"He texted me some words of encouragement before the final round of Bay Hill on Sunday. And things didn’t quite go to plan, and he was the first one to text me and be like, ‘What’s going on here?’ So even from the hospital bed, he’s still giving me some heat."

Last month, golfers - including McIlroy - wore red and black at various tournaments in honour of Woods. Those are the colours which Woods usually wears on the Sunday of a competition.

"All the guys go together and said, 'What can we do to send a message to Tiger to let him know we're thinking about him?' A sign of solidarity, how we appreciate him so much and everything he's done for the game," said McIlroy.

"Everyone coming out in the red and black on the Sunday a couple of weeks ago was just a small way to show that we are thinking about him, and hopefully we see him out here again soon."

See Also: Irish Golf Courses Have Been Shutdown For The Longest In The World 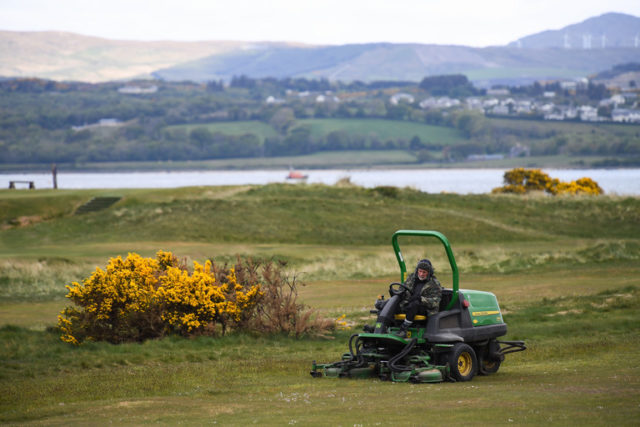