Rory McIlroy had never played a round at Mount Juliet prior to Wednesday's Irish Open Pro-Am at the Kilkenny course. Though, he had been in Thomastown as a 13-year-old.

He was in attendance at the 2002 World Golf Championship tournament when Tiger Woods shot 25-under to beat Retief Goosen.

"I've been here to watch when the World Golf Championships were here in 2002 and 2004; we came down to watch," McIlroy said at a press conference ahead of this week's tournament.

"I remember quite a bit. I said to [my caddy] Harry [Diamond], the last time I was on the 18th green here was during the prize ceremony when Tiger won, and I remember I somehow sneaked my way like under the rope onto the back of the green, and I was standing right behind him and his glove was still in his back pocket. And like I could have reached and got it and ran; it would have been a good story to tell him but I obviously didn't.

"It was the first time I ever watched Tiger play live. I remember the first shot I ever saw him hit was a drive off the fifth hole, the par five, and he hit a two-iron into the green. It was really cool. I idolised him growing up and to actually see the man in the flesh was pretty exciting." 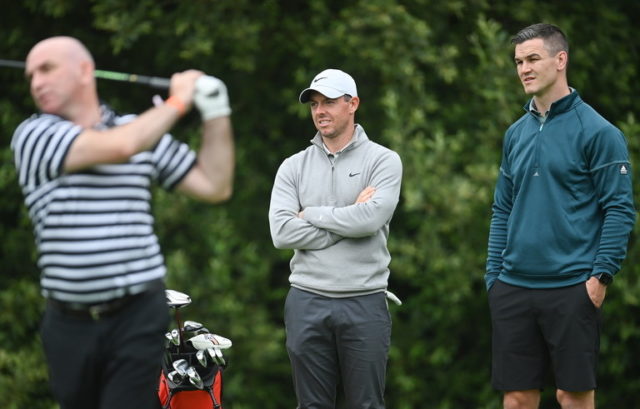 McIlroy was also at the course in 2004 when Ernie Els won.

"I had sort of made a name for myself in the amateur scene at that point and I had gotten to know Chubby [Chandler] and Darren [Clarke]. I remember being in the clubhouse and stuff and meeting Ernie after he won. [I] had a little more access then.

"But yeah, really good memories coming down here watching. It's amazing that it's been 17 years and the tournament hasn't been back since. Glad to be back and certainly a lot's changed in the last 17 years since the last time I was here."

This year's Irish Open will be the first time McIlroy has played the tournament since 2018 at Ballyliffin.

"[I] made the decision not to play in 2019 because I felt like that was the best preparation for The Open at Portrush, and then obviously last year with the pandemic and everything.," he said.

"Things have started to open back up again, so it is nice to be back.

"Yeah, it's been a while. I haven't been home. I haven't been back here for nearly a couple years, and that's the longest time I've spent away for a while. But it is, it's nice to get back. I think if the weather was like this all the time, I'd probably want to come back more." 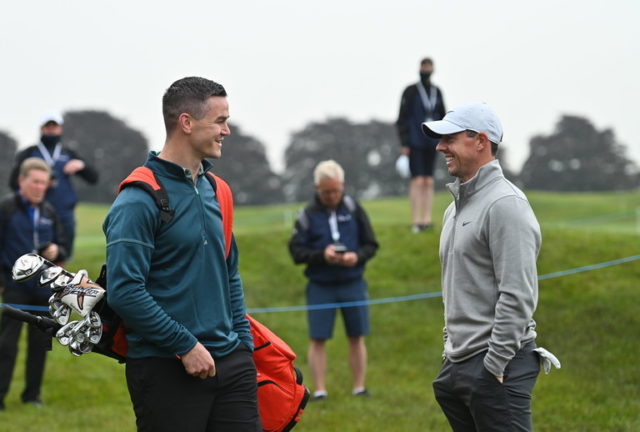