Rory McIlroy has been a semi-regular guest on the No Laying Up golf podcast and his 2021 appearance was highly anticipated.

After a year of many highs and lows, he told all to host Chris Solomon in a reflection of Ryder Cup woes, PGA tour wins and overcoming another injury.

"I've learnt how to try and treat it not like a job. I feel as my career has gone on I've learnt to wear a lot of different hats," McIlroy said.

The Northern Irishman noted the distractions of various endorsements, investments and commitments that built up over the past few seasons.

This year has been about maturing on and off the course for McIlroy. He said he's learning what to prioritise and how to react to different moments.

"You walk away from a tee six or a close call and people aren't really going to remember that. At this point in my career, I'm trying to cement my legacy as much as anything else."

The 'soft' comment might be a bit of a homage to his moment of rage in the aftermath of the DP World Tour Championship in November.

McIlroy was ahead going into the final day of the event in Dubai but gave up the lead to Colin Morikawa on the back nine, with photos circulating of a ripped shirt afterwards.

He's snapped a club over his knee, helicoptered another into a pond at Doral and now it seems Rory McIlroy has taken his loss in Dubai out on his shirt (photo @TourMiss). Say what you will but the dude is passionate. pic.twitter.com/NTJJrP32ec

This year did mark his nineteenth and twentieth PGA Tour wins with victories at the Wells Fargo Championship in May and CJ Cup in October.

The Down native is still winning tournaments, but he's setting his sights on the big ones. He knows he still has plenty left to achieve.

"I certainly don't think my major winning days are over. Since 2014 I've basically won everything there is to win in the game apart from a major championship."

McIlroy And The Trophy Cabinet

With all the comparisons between the two golfers, it was inevitable that Solomon was going to bring up Tiger Woods at some point.

McIlroy told a great story of walking into Tiger Woods' family room in his home this year and observing the layout of his trophy cabinet.

It was a story he told before in a previous podcast, but it really resonated with what McIlroy is trying to achieve now:

Back in March, it was actually the Sunday of the Honda Classic. I remember sitting beside him and he was in his hospital bed there, sort of leg up and healing. Really early in the process. And in his family room, he's got four shelves or whatever and they are just the major trophies.

And it just really hit me because I would say the golf media has given Tiger a hard time in terms of what he gives them, in terms of letting them in. He's a very private person and he wants to keep it that way and that's him and that's good for him. But I just looked at those and I said, 'That's probably one of the most authentic things I've ever seen.' Because all he has ever said in his entire life is, 'All I care about is major championships.'

Did Rory take influence from his trip to visit Tiger? It's something that's made him think about his priorities going forward.

"Billy Casper has had like 50 plus PGA tours and 3 majors, something like that. Or would I rather have 30 PGA Tour wins but 10 of those be majors?"

"I'd say, well, I'd rather have the 30 and the 10. There is a point where it's like - these are what's important. But you can't put too much pressure on yourself to perform in them."

Rory McIlroy returns to the NLU Podcast to discuss chasing distance, what he plays for, recent developments in professional golf, major championships, and course…. a lot more.

Rory is truly one of the great interviews in sports.

It's a sign of McIlroy's approach to the game now. He wants to win the big tournaments, the major trophies, but he's not willing to let that get in the way of his game.

He says it's an element of golf that he reckons Tiger has mastered over the years and he hopes to emulate it as the years go on.

"Tiger won major championships not hitting driver anywhere ... if anyone shouldn't play careful in the game it's him. He has nothing to lose. He's proven he is who he is over and over again."

"Even he gets on golf courses and I'm sure he says on the top of the swing, 'Don't miss it there.' It's human nature and that's the best player in the game." 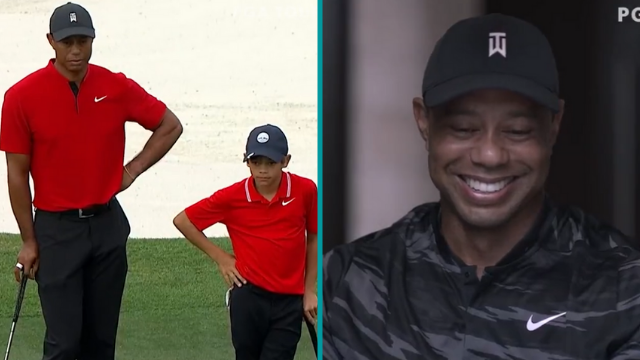