Saudi Question Will Be Unavoidable For Irish Golfers In Coming Months

The purchase of Newcastle United last month by a wealth fund managed by the government of Saudi Arabia was met with palpable anger by human rights campaigners.

Saudi Arabia has been accused of 'sportswashing' repeatedly over the past number of years. As criticism of its human rights record has heightened, it has sought to use international sport to enhance its own reputation on the global stage. Saudi Arabia's government is implicated in amongst other things, the murder of a journalist and the killing of thousands of civilians in Yemen.

Beyond the Premier League, Saudi Arabia has courted big-time boxing, professional wrestling, and most interestingly, golf in the past three years.

On Monday, the Asian Tour released the names of the players who'd committed to the controversial 2022 Saudi International. Some of the biggest names in golf are on the list, including Dustin Johnson, Phil Mickelson and Bryson DeChambeau.

Notable, from an Irish perspective, were the names of Shane Lowry and Graeme McDowell.

McDowell is a former winner of the tournament. Lowry played in the tournament in 2020 and 2021, finishing in a tie for 29th place last February.

The event is controversial for a few reasons. The Saudi Invitational was launched in 2019 as a European Tour event, and greeted immediately by claims of 'sportwashing'. In September the tournament confirmed a ten-year partnership with the Asian Tour.

This unease is not necessarily because the PGA Tour is concerned about human rights in Saudi Arabia, per se. It is extremely worried that some of its best players could be lured away by a breakaway tour.

Over the past year, there has been a widespread expectation amongst golf insideres that a lucrative, Saudi-funded golf tour - the so-called Super Golf League - would be launched.

In late October, Greg Norman was appointed CEO of 'LIV Golf Investments', which is funded by Saudi Arabia's Public Investment Fund (PIF), the same entity that purchased Newcastle United. It was confirmed that LIV would stage "a ground-breaking series of 10 new marquee events" on the Asian Tour in 2022, though details remain unclear.

I’ve been going to Saudi Arabia now for three years. I was invited to do a golf course design project there. Unless you actually go there and see and understand exactly what’s happening there, you [can’t] sit back and make judgmental calls. I made the journey there to look at what was happening in Saudi Arabia before I made any decision on anything because I’m not a person who makes judgement calls. I make sound decisions on sound facts and information that is presented to you. So when the PIF wanted to become a majority investor, I knew what was happening in the country.

One Irish golfer who's not on the above list is Rory McIlroy. McIlroy turned down the opportunity to play in Saudi Arabia multiple times.

Back in May, speaking just after the European Super League imploded, Rory McIlroy called the rumoured Golf Super League 'a money grab'.

"If you go back to what happened last week in Europe with the European Super League in football, people can see it for what it is, which is a money grab, which is fine if that's what you're playing golf for is to make as much money as possible. Totally fine, then go and do that if that's what makes you happy.

The purchase of Newcastle brought a renewed focus to Saudi Arabia's 'sportwashing' plans. The controversy over the Saudi Invitational and the mooted Super Golf League means that the Saudi question will be unavoidable for many of Ireland's best golfers in the coming months. 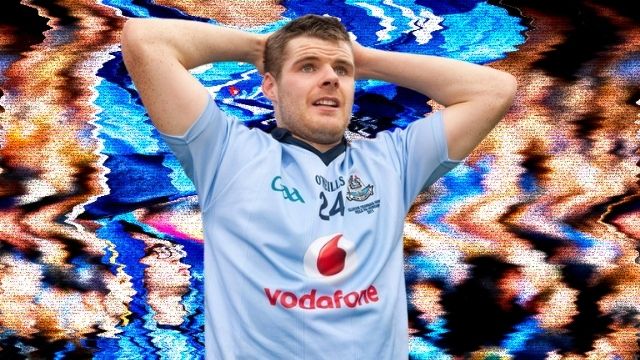