Seamus Power Into World's Top 50 Golfers After Another Great Weekend

Seamus Power has risen to 49th in golf's world rankings. It is the first time in the Waterford man's career that he has ranked inside the top 50.

The 34-year-old shot four rounds in the 60s as he tied for third at the Sony Open in Hawaii over the weekend. He had been ranked 63rd going into the tournament. Hideki Matsuyama won in Hawaii after a playoff with Russell Henley. Power earned $442,500 for finishing joint third.

Power's ranking has been on a steady rise since March of last year when he was 463rd in the world. Since then, he's had six top 10 finishes, including his first PGA Tour victory in the Barbasol Championship last summer.

Power now ranks just one spot behind Shane Lowry. He is also 14th in the FedExCup standings and on course to make his Masters debut if he continues to rank inside the top 50 by the end of March.

17 events ago Seamus Power was 205th in Points, playing Monday Q's and just hoping to get enough starts to add a year to his pension.
Since then he had 5 top 10's including a win and this week will tee it up at the TOC
An amazing turnaround that deserves more publicity.

"Georgia in the fall was the first time I played in the last group on a Sunday, so that was kind of cool," Power said after Sunday's fourth round in Hawaii.

"Second to the last group today, so you definitely do get used to it. There were huge crowds behind us following Hideki, so it takes some getting used to. You kind of got to wait for the crowd to stop and go and that stuff. But, yeah, that's a problem I'll happily learn to deal with.

"It's great. You know, I don't know how many points or anything I'll get. I think I'll have probably my spot in the playoffs locked up after this week. That's a nice one. It's by far the earliest I've ever had it locked up before so it's kind of new territory for me.

"The goal is to be in East Lake at the end of the year for the TOUR Championship, FedExCup Playoffs. That goal doesn't change after this week."

Up the Déise!!!
Séamus Power becomes the 10th Irish male golfer ever to break into the Top 50 in the world rankings!! ☘️☘️☘️ @Power4Seamus #OWGR pic.twitter.com/4OlNXJ4G2v

See Also: Macauley Had 'Choice Words' With Jim Gavin After Being Dropped 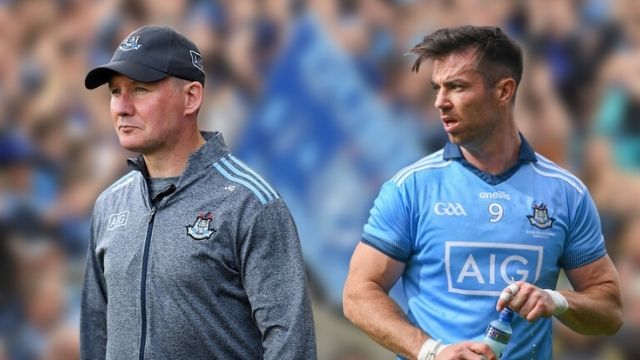