Shane Lowry Had To Send The Claret Jug To Be Repaired

The 2020 Open Championship being postponed did have one positive for Shane Lowry: He got to hang on to the Claret Jug for another 12 months.

At a media briefing on Tuesday, Lowry said he will be disappointed to give the trophy back when The Open takes place at Royal St George's in July but hopes he's "only giving it back for a few days".

R&A Director of Corporate Communications Mike Woodcock remarked that the last time he saw the Claret Jug, it was "leaning" a bit more than usual.

"It has been sent back to be straightened once, yes," said Lowry.

"We actually noticed going through the airport, and I noticed on the airport scanner that it [had] a little bit of a bend in it. It's not just me. I did talk to [2015 champion] Zach Johnson about this and he told me that he bent it, as well, so it's not only me."

R&A CEO Martin Slumbers added that he'd spoken to Johnson about his adventures with the jug.

"When Zach returned the trophy he said, 'I have to apologise'," said Slumbers.

"He said he did have to take it to be repaired. But as I took it into the shop in Florida, maybe near where you live, the silversmith who was behind the counter said, 'Oh, I've seen this twice before'."

Shane Lowry on 22 months with the Claret Jug 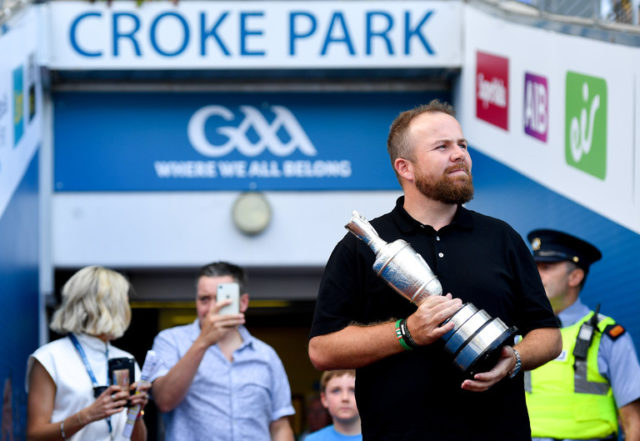 27 July 2019; The 2019 Open Champion Shane Lowry with the Claret Jug ahead of the All-Ireland Senior Hurling Championship Semi-Final between Kilkenny and Limerick at Croke Park. Photo by Ramsey Cardy/Sportsfile

Lowry added that he, his team and family have had "an amazing time" with the trophy.

"It's funny, right, I did put a few drinks in it but not that much," said Lowry.

"We filled it a couple of times afterwards, and then we actually had a nice dinner with all my team that Christmas that we drink some nice wine out of it.

"When you have the Claret Jug with you and somebody that's really interested in golf or somebody that really loves their golf, when you show them that piece of silverware... there's one story I remember. I had the Claret Jug with me at the Race to Dubai at the end of 2019 and I was wheeling it through the hotel, and this guy was there and he stopped me, and he's like, Is that the Claret Jug? And I was like, Yeah, and we started to talk.

"Next thing, he's like, he begged me could he see it, so I opened up the box and I showed him and he held the Claret Jug and he started to cry because he was holding the Claret Jug. That's what that trophy actually means to people that love their golf.

"Just to have it in my possession for that length of time and being able to kind of share it with all my friends and family and other people has been just incredible.

"Obviously I've got my replica now as well and I'll have that forevermore, but it'll be a sad time giving it back. But hopefully I get it back at some stage, whether it be St George's this year or maybe another time down the road." 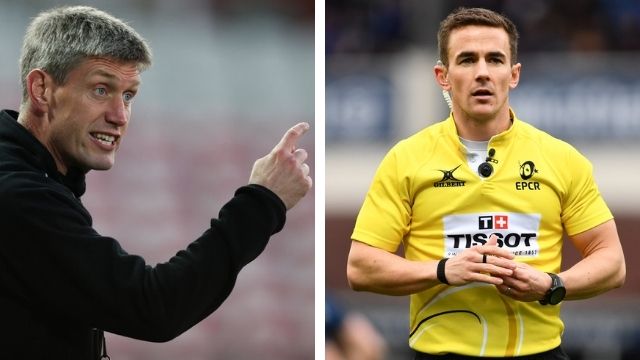