'I Got That Feeling. There Is An Edge To Him' - Lowry's Competitive Spirit

There is a version of Shane Lowry well known to the general public. Endearing and likeable. The beaming, sociable Offaly man from good GAA stock who strode around Portrush with the same ease with which he frequented the streets of Clara.

Then there is the other version. The, at times, unheralded version. The driven competitor determined to do things his one way. It is a version that was obvious in 2015 when he went for it on the 18th hole at Firestone and hit a 127-yard approach through the trees and off a horrendous lie to seal his first US win. 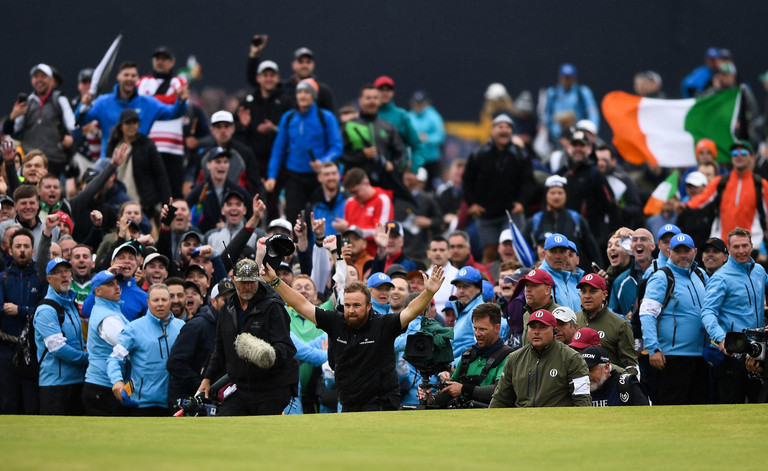 It was clearly visible earlier this year with his 63 on day three as he moved towards his first major in the 148th Open at Royal Portrush and it is a version depicted in the new documentary by award-winning filmmaker Ross Whitaker which airs on RTE One on Monday night.

"We all have a certain impression of him. Easy going, affable type of person. He seems to be all of those things," Whitaker explains to Balls.ie.

“But what you come to realise is how driven he is. Having spent time around other champions like Bernard Dunne and Katie Taylor, you realise there is always something a little different about them.

"In the small time that I spent with Shane, I got that feeling as well. There is an edge to him. There is a competitiveness that is different from everyone else.”

It is an aspect of his character Lowry addresses in the documentary. In the aftermath of his final day at the 2016 US Open when he blew a four-shot lead, plenty pointed to his lack of a competitive edge as reason for his loss.

"Certain article written, one guy said I was too fat to win a major. Another guy said 'no matter what happens, Shane Lowry is a likeable guy but he will never win a major'," Lowry recalls.

In making this film, Whitaker discovered an admirable doggedness within the golfer.

Some of the criticism he has had over the years has been 'oh, this guy is too easy going. Doesn’t work hard enough.' But I think he does it his own way. He says it himself, he has been criticised in the past for it but no one is criticising him now. He knows himself really well.

He knows what works for him. People around him have even suggested approaching it in a different way but he knows if he changes anything, there is more danger of damaging his game.

"He has huge mental strength. I wonder does that come from his family background..." 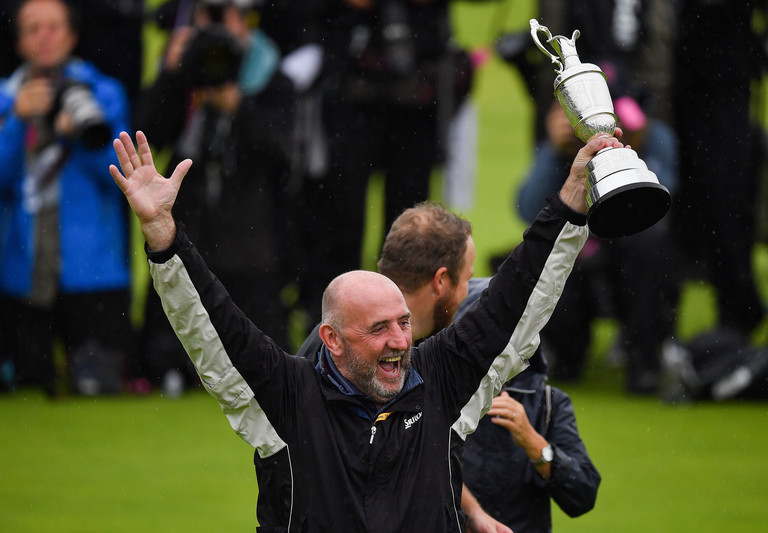 Family is a fundamental part of the Shane Lowry story. His father Brendan and uncles Seán and Mick won All-Ireland medals with Offaly in 1982. When Shane first took to golf, he did so in a pair of football boots.

Eventually, he got a set of clubs for Christmas. His father spent £1,100 on them, a significant expenditure and nasty shock for his wife, Bridget, when she found out.

Brendan was with Shane during the disappointment in Oakmount and he was there when his son laid those ghosts to rest in Portrush. All the more remarkable given how he felt about the sport before his son's success. It was something Whitaker found particularly surprising.

"From the very beginning, one of the reasons we wanted to do the documentary was because of his family. Knowing his family's sporting history but also, when you watch the footage on television the connection he has with his family. It was there at the end of the Irish Open.

"They really wear their emotion on their sleeve and are connected to what he is doing.

"Knowing his dad’s history and seeing the connection with his family, there was more there than just the normal sporting story."

A guy very much from a GAA background, a sport that feels quite different or seems different from golf. GAA is a sport that welcomes everyone. Golf to a lot of people is seen as an elite sport. One of the interesting things making the documentary was hearing his dad have that exact feeling.

He hated golf and what it represented in his mind. Even when he dropped him to the golf club the first few times, he did not want to go into the clubhouse with him.

"That felt amazing. It just seemed like it made Shane’s story all the more interesting."

Golf
5 years ago
By Ben Kiely
Audio: The Public Reaction To The Balls.ie Alternative Budget Cuts