After entering entering the 2021 Ryder Cup full of optimism, it's fair to say that the event turned into an unmitigated disaster for the European team.

Playing against an admittedly stacked USA side, things went about as badly as anyone could have predicted. The 19-9 scoreline in favour of the Americans was the largest winning margin in the event since 1975, while a number of players on the European team failed to perform to anywhere near their best.

Shane Lowry had a mixed week. He was incredible during Saturday's four ball session, hauling his pairing to a victory that was sealed with a brilliant putt on the 18th. However, he failed to get anything from either his other two outings against tough opponents.

Despite this, he was amongst the best European performers and certainly should have featured in at least one of the foursome sessions. That is just one of the decisions captain Padraig Harrington is likely to come under scrutiny for in the coming days.

However, Lowry feels that the Dubliner should take little blame for the way the event played out.

Speaking to RTÉ, the 2019 Open champion said that Harrington deserved better than what he got from his players at Whistling Straits. He also revealed that he hopes that this was just the first of many Ryder Cup appearances for him as a player.

I've loved every single minute of it.

I think he doesn't deserve this. He's one of the greatest players to have ever played the game from Europe. He's one of Ireland's greatest ever sportsmen. He's one of my best friends. I'm just so disappointed I couldn't go out and do better for him.

But it's been an unreal week. I can't describe how good it's been. Like, we got absolutely hammered... it's so disappointing. I don't even know what to say.

There's no doubt I'll have a few more of these in me. I never want to miss one of these again. It's been incredible. I feel like I've a lot more to give to this tournament.

Having gotten a taste for the event in 2021, Lowry will certainly be hoping to contribute to a far better showing for Europe in Rome in 2023.

Whether Padraig Harrington will be given the opportunity to be part of that event remains to be seen. 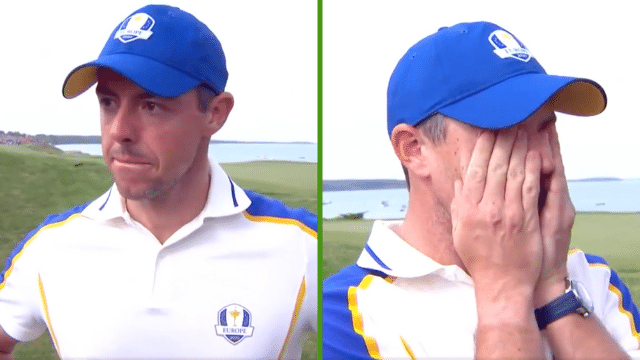