Shane Lowry has made his long-awaited Ryder Cup debut in style. Lowry was one of the notable omissions from the morning sessions for Europe on Friday of the Ryder Cup and, when he did arrive for the evening fourballs, he received quite the reception from the Whistling Straits crowd.

Rory McIlroy had gone out on Friday morning, alongside Ryder Cup veteran Ian Poulter. The pair had a disastrous start, however, losing all of the first five holes they played against Patrick Cantlay and Xander Schauffele. They ultimately went down 5&3 to the American pair, and McIlroy was in need of rejuvenation for the evening session.

The Offaly man spoke all week about how playing in the Ryder Cup was a dream come, and he looked right at home in the tee box. Lowry showed few nerves on the tee, and put his first Ryder Cup tee shot right down the fairway.

Lowry showed nerves of steel to birdie the first and split the hole after Toby Finau sank his birdie.

Lowry also saved par on three to keep his team level as McIlroy put a bunker shot 50 feet wide of the pin.

The Holywood native told media earlier this week, where he said that playing alongside Lowry at this year's Ryder Cup would be a dream, given the close relationship between the two.

We play a lot of golf together, we get on great, we live close to one another now when Shane and his family spend time in the States. We live 10 minutes from each other in Florida.

If we get a game with together this week, that would be wonderful. We'll have to wait and see. If we were to get a game together I'd be delighted to tee it up with Shane and it would be a highlight of my week.

McIlroy was granted his wish on Friday night, as he and Lowry lined out together for the evening fourballs - and the American crowd certainly raised the decibel level when they arrived on the teebox.

Shane Lowry may have been hoping for a slightly more appreciative reception for his Ryder Cup debut, but he and McIlroy could be seen sharing a chuckle at the animosity from the States' crowd.

Despite missing out on automatic qualification, the Offaly man has been in flying form all season, and he was rewarded for his consistency with a captain's pick from fellow Irishman Padraig Harrington.

A veteran of previous winning teams, Harrington will be hoping his Irish rookie Lowry can inspire the European team to a turnaround, after a poor start on Friday morning.

If Lowry channels even a small bit of the energy he received from the crowd on Friday, he'll be in good shape.

SEE ALSO: The Harrington-Garcia Feud: How Was It Resolved 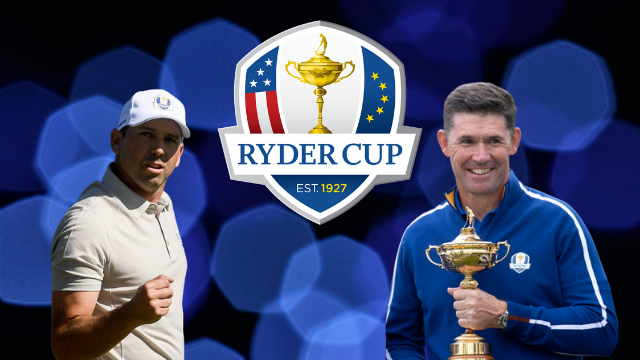