What Time Does Shane Lowry Tee-Off? Details For The Open Final Round

After shooting a sensational eight-under 63 in The Open at Royal Portrush on Saturday, Shane Lowry will take a four-shot lead into the final round at the Antrim course on Sunday.

Lowry lies on -16 overnight with Englishman Tommy Fleetwood on -12. American JB Holmes lies six shots behind Lowry on -10 with both Brooks Koepka and Justin Rose on -9.

The tee-off times for the fourth round have been brought forward on Sunday due to expected adverse weather conditions. The first groups will go out at 7:32am on Sunday. 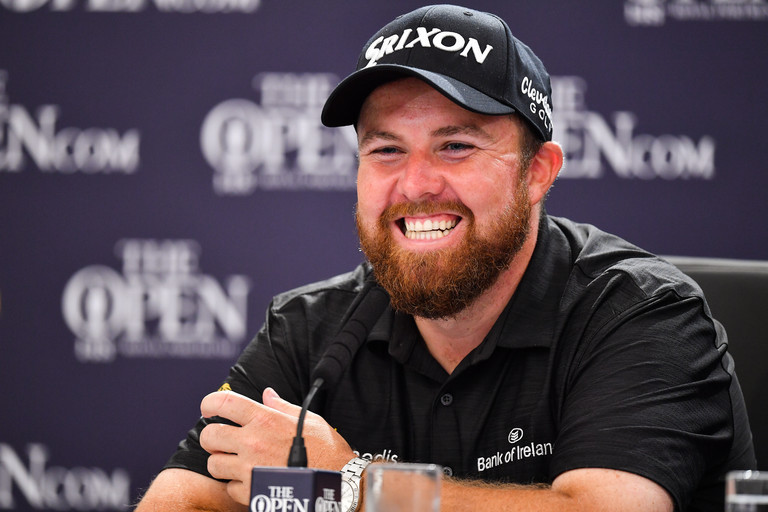 Shane Lowry of Ireland during a press conference after finsishing his round on Day Three of the 148th Open Championship at Royal Portrush in Portrush, Co Antrim. Photo by Brendan Moran/Sportsfile

What time does Shane Lowry tee-off for The Open final round?

The Offaly man will tee-off at 1:47pm in a pairing featuring Tommy Fleetwood.

Other notable tee-off times include Brooks Koepka and JB Holmes at 1:37pm; Rickie Fowler and Justin Rose at 1:27pm; Danny Willett and Lee Westwood and 1:17pm; Tony Finau and John Rahm at 1:07pm; Henrik Stenson and Jordan Spieth at 12:57pm; and Graeme McDowell and Tom Lewis at 11:22am.

Watch: Shane Lowry Has His Caddy To Thank For Shot Of The Week

Podcasts
3 months ago
By Balls Team
The Buildup - Lowry, Mickelson And Other Tips In PGA Championship Special
3

Golf
11 months ago
By Maurice Brosnan
'I Got That Feeling. There Is An Edge To Him' - Lowry's Competitive Spirit
12

Golf
11 months ago
By PJ Browne
'He Asked Me Afterwards, 'What Do You Think?' I Said, 'You Should Turn Pro''
Previous Next