Considering the way this year's Ryder Cup played out, it would be understandable to suggest that the American will dominate this event for the foreseeable future.

Not only was their win at Whistling Straits a dominant one, but their team contained eight of the world's top ten ranked players, most of whom are only coming into their prime. They are only likely to be stronger by the time we reach Rome in 2023.

Despite this, those on the European team will be keen to avenge this defeat. Shane Lowry will be chief amongst them.

The Irishman made his Ryder Cup debut in Wisconsin, with his performance in Saturday's four ball session one of the highlights of the event. He will be keen to be part of the team once again in a couple of years, with regaining the trophy the goal.

Speaking to members of the media after Sunday's singles, Lowry certainly wasn't having the suggestions that the Americans would dominate the Ryder Cup in the coming years. He also didn't take kindly to one member of the USA team patting his backside in the middle of the interview (h/t Irish Independent):

Ah, fuck that. We’ve got top players. I said to Rory McIlroy before we went out this morning. ‘You’re Rory fucking McIlroy. You’re already one of the best players of all time, and you’re 32. Go and show it today.’ And he did.

We’ve so much talent there. No doubt, there’s going to be a good few of us on the team next time and a few others. Everyone there will be good enough to win the Ryder Cup...

There’s no doubt I’ll have a few more of these left in me. I never want to miss one of these again. I feel I’ve a lot more to give to this tournament...

I think I can bring a lot. I feel I can maybe be there for them, put an arm around the shoulder. Look at Matt Fitzpatrick, Viktor Hovland, two of the best players in the world. You see what it means to them...

Walking past me, slapping my arse (after a member of the American team patted his backside mid-interview). I will be in Rome, and we will win it back. That’s all I can say.

My whole goal over the next two years is to be part of that team and to win that trophy. Obviously, I want to win tournaments, and majors but I really want to win one of these.

We would love to see him be part of a European victory in 2023.

SEE ALSO: Lee Westwood Would Make One Big Change If He Is Named Ryder Cup Captain 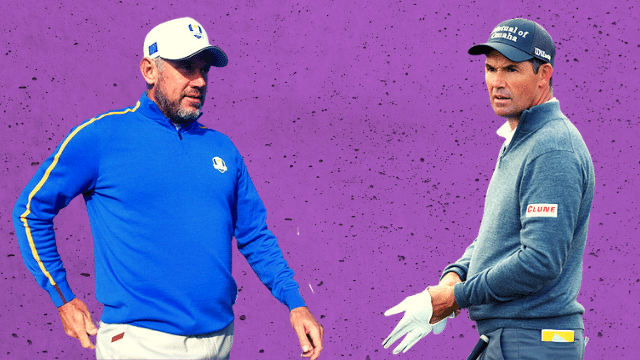