Technology. It can be great at times, but at times it can also be very bad.

While the Sky Sports broadcast of the Ryder Cup has been lauded for using technology to its advantage, they might have gone a step too far with some of their mid-game hologram usage.

As the pairings were announced for this morning's foursomes and this evening's fourballs, a strange hologram-style graphic was introduced.

As the camera pans from the European team to the American team, the players keep their eyes  directly on the camera. It's massively unnerving.

It's something we've seen during the recent Lions tour with player introductions. Here's Tadhg Furlong looking over his shoulder at the viewer.

What's probably most jarring is the fact the eyes follow the camera. They've already rotated about 180 degrees, but Shane Lowry keeps the death stare.

In fairness, the game face from Lowry is welcomed. But it's a bit much to see these golfers staring back at us with grimaces when we're watching at home.

People have taken to air their thoughts on the freakish element on Twitter. "What fresh hell are these Ryder Cup holograms?," one user says.

Another says, "I feel like these holograms at the Ryder cup are lookin directly into my soul!!". Another described them as 'weird as f*ck'.

Have to say the 3D hologram type Ryder Cup players on Sky right now are somehow slightly disturbing - a weird half-alive animatronic effect. They stare at you like the undead with a four iron. #RyderCup2021

All in all it's been a brilliant first day of the Ryder Cup for the viewer. Rolling pseudo-Irish greens, beautiful coastal scenery, wild Bryson tee shots. We've never been closer to the action. But these holograms took us too close.

See Also: "We Play For Each Other" McIlroy And Lowry Relishing Ryder Cup Showcase 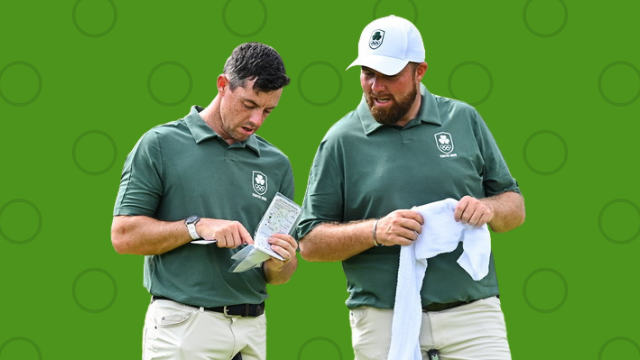