Ten-time major winner Annika Sorenstam will return to LPGA competition for the first time since 2008. The Swedish golfer will tee off at the Gainbridge LPGA in Florida today after a lengthy absence from the game.

Sorenstam retired from golf thirteen years ago to pursue business opportunities and start a family. Over her illustrious career, she won 10 major tournaments and 72 LPGA Tour events in total.

The Swede turned 50 last year and is back in action to prepare for the upcoming US Senior Women's Open. She has competed at other special events in the past year, but this will be her first competitive tournament in over a decade.

Leona Maguire and Stephanie Meadow make their seasonal reappearance at this week’s Gainbridge LPGA where the story surrounds legendary Annika Sorenstam who makes her first appearance on the Tour in 13 years #20x20 #leonamaguire #stephaniemeadow
https://t.co/N63wYxjpch

While she returns to the professional circuit, Sorenstam is playing down rumours of a full-time comeback to the LPGA tour.

"Competing competitively is not my main priority," Sorenstam said ahead of today's event. "I've been away for 13 years. A lot of things have happened. I don't have the hunger that I did, I'm not chomping at the bit like I used to."

"I'm just excited to be out here and be playing and swinging the club."

This year, the Gainbridge LPGA is being held in Lake Nona in Orlando, Florida. The course hosted the 1990 Solheim Cup and is Sorenstam's local golf course. The Swede said the location had a big part in her coming out of retirement, saying "if it wasn't for Lake Nona, I wouldn't be here."

Sorenstam hasn't lost her competitive edge, despite the change in motivation upon returning to the sport. "I take my golf seriously. When I do play later in the summer I went want to feel like I can compete, I can go out there and post some reasonable scores."

In December, Sorenstam was elected president of the International Golf Federation. She spent 16 years as a professional, and her 72 LPGA wins are third in all-time rankings. She was inducted into the World Golf Hall of Fame in 2003.

There's Irish interest in this year's event too. Stephanie Meadows and Leona Maguire will also tee-off today, at half four and just before six o'clock respectively.

See Also: Where To Watch The Women's AFL In Ireland 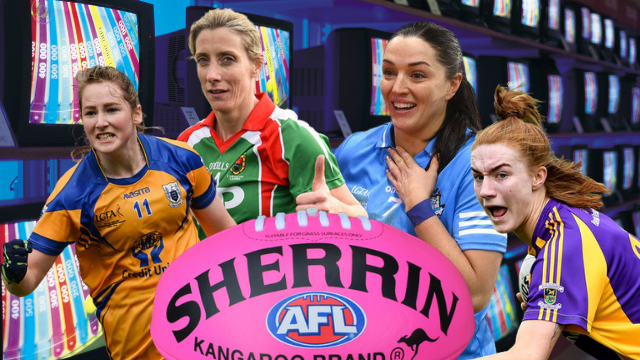