The Ultimate Guide To This Weekend's Sport

We're usually spoiled for choice when it comes to sport at the weekends, but weekends like this one rarely come by. With so much fantastic sports on it can be easy to forget something, thankfully we've compiled a step by step guide to make sure you don't miss a single kick, pass or shot, along with the sports tv listings. 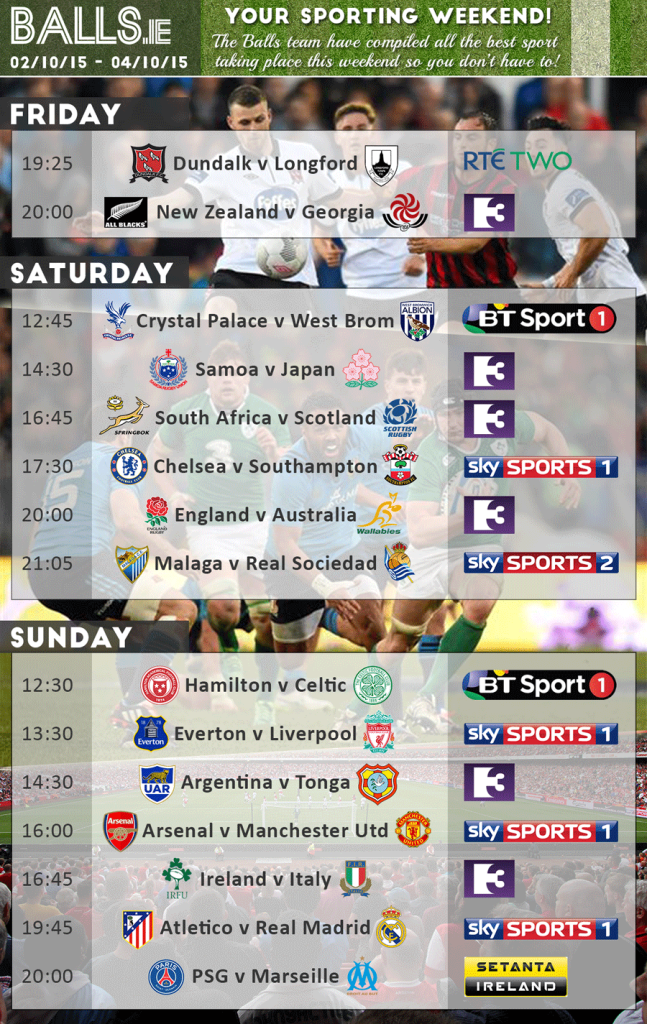 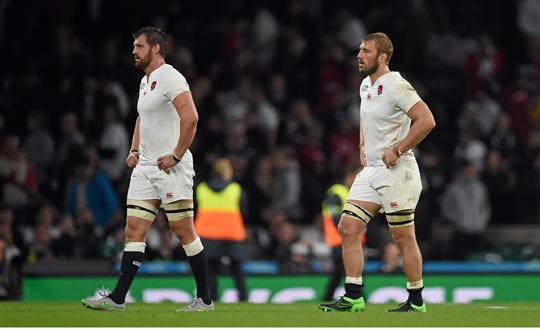 The first major bit of action starts in Milton Keynes at 2.30pm where Samoa and Japan square up in Pool B to see who will finish best of the rest. The battle to finish top of the pool follows that at 4.45pm where South Africa face off against Scotland.

One of the most eagerly anticipated games of the entire tournament takes place under the lights at Twickenham at 8pm when England square up against one of the tournament favourites, Australia. It's do or die for Stuart Lancaster's side and they'll be desperate not to be dumped out at the group stages of their home World Cup.

Away from the World Cup, Leo Cullen's new look Leinster side are looking to make it back to back home wins when they play host to the  Newport Gwent Dragons at 2.30pm.

If you're sick of all the egg chasing, you can see if Chelsea feel like showing up following their disappointing Champions League performance midweek. They welcome Southampton to The Bridge on Saturday evening at 5.30pm desperate for a win.

If rugby or football aren't your thing, fear not. The Alfred Dunhill Links is approaching the business end and the newest Irish golfing sensation Paul Dunne is well in contention following an impressive opening round of 64. 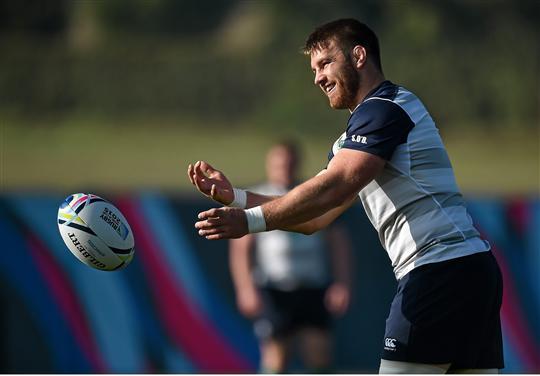 Sundays sporting line up is really a thing of beauty. Begin the celebration by tuning into the Merseyside Derby at 1.30pm. Everton are looking for their first derby win since 2010 and will hope of take advantage of The Reds European hangover against Sion.

If you fancy something a little different, Celtic will be travelling to Hamilton at the same time looking to close the gap on early pace setters, Aberdeen. That one kicks off at 12.30pm

Next on the agenda is the showdown in the Olympic Stadium between Ireland and Italy. Joe and the boys have looked razor sharp so far picking up maximum points but they face their sternest test yet against an Italy side who'll be welcoming back their talismanic captain Sergio Parisse. Kick off for this is at 4.45pm

Kicking off at 4pm shortly before the rugby is the small matter of Manchester United against Arsenal. The Gunners will be desperate to correct their Champions League horror show but their record at Old Trafford is poor to say the least. It's unfortunate this fixture clashes with the rugby but we're not ones to complain, after all that's what sky plus was invented for.

If you fancy going down the alternative route once again there's a top of the table clash in Germany which also clashes with the above games, kicking off at 4.30pm. Bayern put their 100% record on the line at home against Dortmund who've started the season in scintillating form.

Into the evening and the biggest draw is in Madrid where Atletico host Real in the derby at 7.30pm. Real are without a league win over their rivals since early 2013 and only two points separate the teams.

If you're adamant about staying on that alternative route there is a another major derby taking place in France at 8pm where PSG welcome Marseille in what is known as "Le Classique". Relations between the two sets of fans are tense to say the least and there's likely to be a hostile crowd which may prove more entertaining than the match, which is likely to be quite one sided for the hosts.