Tyrrell Hatton Absolutely Livid With Augusta National After Nightmare Round

Augusta National Golf Course is spoken of with reverence by most who play it, but in reality, it is one of the most maddening and frustrating courses in the world - even for the world's elite golfers. Englishman Tyrell Hatton was livid with the course yesterday evening.

Hatton, one of Europe’s premiere players and the 17th ranked golfer in the world, finished dead last at the Masters of those who made the weekend cut, with a final score of 17 over after a final round of 8 over par.

He is known for his on-course outbursts, although he is seen as more of a loveable rogue than someone who is disrespectful and nasty.

But while Rory McIlroy was one shot off a course record, Hatton had an absolute nightmare yesterday.

His weekend Masters rounds saw one particularly hilarious reaction to a poor putt, and some post-round quotes that really got across Hatton’s hatred for what he feels in an overly penal course.

Mockingly using his putter as a fake gun and shooting into the crowd, is certainly a new and unique reaction to a poor shot which lead to an 8 at the par 5 13th hole on Saturday.

Forgive me but I couldn’t resist seeing how Tyrrell Hatton reacted to his 8 at 13 yesterday. This was after shot 6. Have the anger management classes paid off? pic.twitter.com/Rw8JgENgWi

Another amusing moment for the fans happened at the 11th hole yesterday when Hatton ignored his caddie’s advice to go with the longer five iron for his approach shot into the green. Hatton chose the six iron and duly hit it short into the water.

After the round, Hatton tore into Augusta National and its tough and slopey greens, which in his opinion often do not reward good shots.

"Yeah, but you can hit good shots here and not get any reward for it. It's unfair at times. I don't agree with that.

"If you hit a good shot, you should end up near the hole. Not then short-sided into a bunker because of the slopes that they've created and stuff. Yeah, I don't think it's a fair test at times, and when you hit good shots and you're not rewarded for it, it shows.

"I think it's how the course is set up in general. You don't really have to miss a shot, and your next one you'll have -- you're really struggling to make par. With how it runs off the greens here and the slopes that you are then chipping into and how obviously it's cut, it just makes it really hard to even get chip shots close. I think everything is exaggerated here."

"Yeah. I haven't enjoyed it. When you are clearly bottom of the field during the weekend, even if I feel like I've hit good shots out there, I've not been rewarded for them, so it's a case of just lose a bit of interest. Certainly with the scores I had going, I'm kind of just -- it's not even trying to build on anything for next week. I'm just trying to ideally get off the golf course as fast as possible."

Part of the challenge for Hatton is that his caddy was injured from all the walking involved, and he had to carry his own bag in places.

"Obviously, the bags are pretty heavy, and with the slopes that they’re walking up and down, it’s tough. He struggled to get through four days.”

It's not uncommon to see players complain about 'unfair' golf courses, but rarely do we see players insult the legendary Masters course, particularly at such length.

We couldn't help but be reminded of Sergio Garcia's negative comments towards Augusta after the 2009 Masters. Garcia, while he has mellowed in his older age, his younger self could certainly rival or exceed Hatton for on course outbursts. 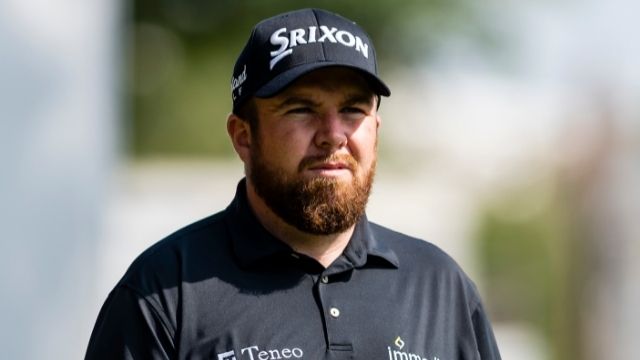 Golf
1 year ago
By Eoin Harrington
10 Years On, The Augusta Nightmares Continue For Rory McIlroy
Golf
3 years ago
By PJ Browne
Major Tee Time Changes For The Masters Final Round
Golf
3 years ago
By Balls Team
Where To Watch The Masters In Ireland? All The TV Info For 2019 At Augusta
Popular on Balls
Golf
1 day ago
By Gary Connaughton
Padraig Harrington Glad He Didn't Have To 'Make A Decision' On Saudi Golf League
Motorsport
1 day ago
By Gary Connaughton
Carlos Sainz Worried About How 2022 F1 Cars Will Affect Health Of Drivers
46