It’s early April once more and the golfing world gears up for another week of The Masters. The biggest major in the sport, that will no doubt serve up once again its unique blend of gossip, stunning golf, and spectacular blow-ups.

The overarching storyline for the 2022 edition is the comeback of Tiger Woods after his severe car crash in February 2021, while there is also plenty of Irish involvement.

Four players, Harrington, Power, McIlroy, and Lowry, will take to the luscious fairways of Augusta, with the latter three all in relatively decent form and with relatively low odds at the bookies.

Helping them will be the men who know their yardages inside and out, keep their heads in check, and offer sage advice when the moment calls for it. The men on the bags.

The most recognisable of the Irish caddies is probably Brian ‘Bo’ Martin, who will once again saddle up with Ireland’s last major winner Shane Lowry.

There’s something about Martin that is distinctly endearing. Maybe it’s the friendly bearded face, that of a guy you would want to have pint with, or the epic images of himself and Lowry, arms around each other’s shoulders, walking down the 18th fairway at Portrush in 2019, engrained in Irish sporting memories. 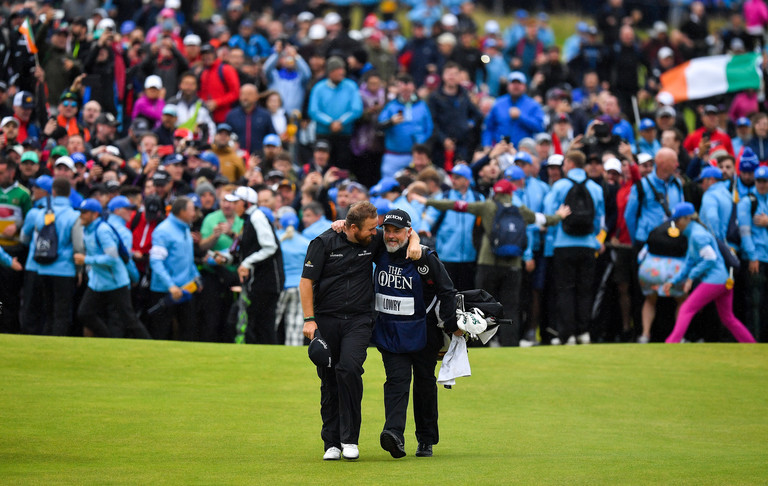 Who is Shane Lowry's caddie?

Martin and Lowry began their working relationship at just the right time. Lowry was at a low point in his career, and not enjoying his golf when he parted ways with his caddy of nine years Desmond Byrne (Byrne has since gone on to achieve success with Leona Maguire).

Over breakfast in Dublin one morning in 2018, Martin and Lowry decided to give it a go and see where it would take them. Their first venture was the Portugal Maters that September, where Lowry took sixth place.

“Sure look we’ll do Portugal and see how it goes,” was Martin’s laid-back approach to the merger of player and caddie. And it was this relaxed attitude that Lowry gravitated towards and enjoyed.

“He’s so chilled. He’s so relaxed. Maybe he isn’t inside but he definitely comes across that way. Hopefully we can do something special and enjoy it together,” as Lowry puts it.

They kept at it, and the new partnership gave the Clara man “a new lease of life.” It duly culminated in Lowry’s epic British Open win in 2019 and selection for his first ever Ryder Cup team in 2021. While Bo was also awarded with the prestigious title of HSBS Caddie of the Year in 2019.

Martin was experienced before taking over Lowry's bag. He had previously caddied for Peter Lawrie, Alexander Levy, Lucan Bjerrgaard, and Gary Murphy. And like many caddies he’s a fine golfer himself, playing off scratch out of Ardglass Golf Club in County Down. He is also the uncle of professional golfer Cormac Sharvin.

Their time together has had its less than ideal moments however. In this year’s Abu Dhabi HSBC Championship, the pair had mix-up when both men pointed to different HSBC signs as points to aim at. It nearly ended in disaster when Lowry's ball ended up just a few feet from the water after thinking he had hit a perfect shot.

Thankfully he was able to laugh it off after the round, which is not in the least bit surprising considering Lowry’s jovial nature and the fact that he considers Bo someone who he is very close to.

The beauty of this partnership is probably summed up best by their memories of the 18th fairway at Portrush in 2019, where the closeness and relaxed nature of their relationship part was there for the entire golfing world to see.

“Just stand there, have a look around and enjoy this," Martin said following their win. "We enjoyed it going down 17. In fact going down 17 (on Saturday) he said to me, ‘let’s enjoy the next 30 minutes’. And that was Saturday. It was awesome. Then we did the same again today. He said the exact same thing.”

Lowry said to his caddie after his phenomenal 63 on the Saturday, that “we might never have a day like this on the golf course again.”

If he can produce anything remotely similar at Augusta this week, then expect him to be in contention come Sunday. 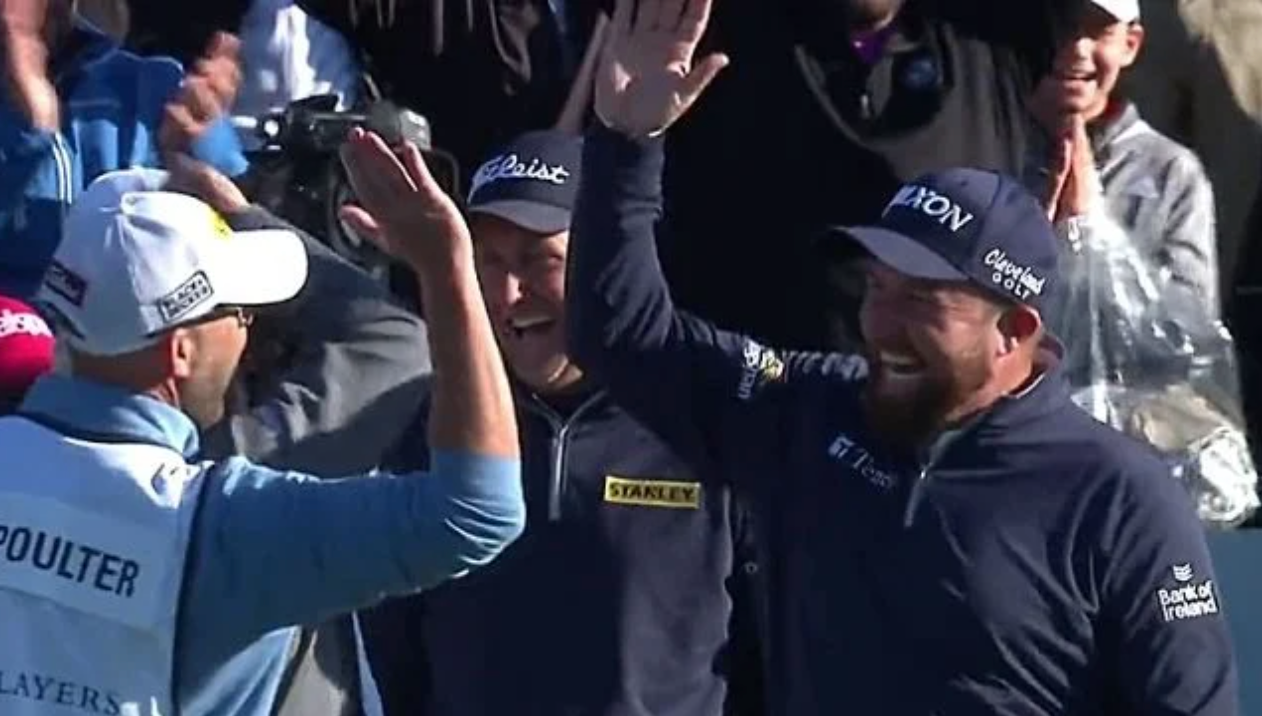