The Famous Balls.ie Tipster Table Returns For The Open - All You Need To Make Money

All eyes in the golf world will be fixed squarely on the Royal Troon Golf Club in Scotland tomorrow morning when the 145th Open tees off. A winner will be crowned sometime on Sunday but, as we wrack our brains to figure out who to best throw a few quid on, below is a comprehensive list of who the sport's best pundits are backing.

Sergio Garcia seems to be the overwhelming favourite as picked by those in the know but Dustin Johnson, Jordan Spieth and Jason Day are tipped to give El Nino a run for his money. Interestingly, and perhaps down to his recent Olympics outburst, not one of them think Rory McIlroy is in with a shout to win.

Is it foolish to count out someone like McIlroy at this stage? We'll find out by Sunday but whatever happens, we're in for a fascinating few days of golf. 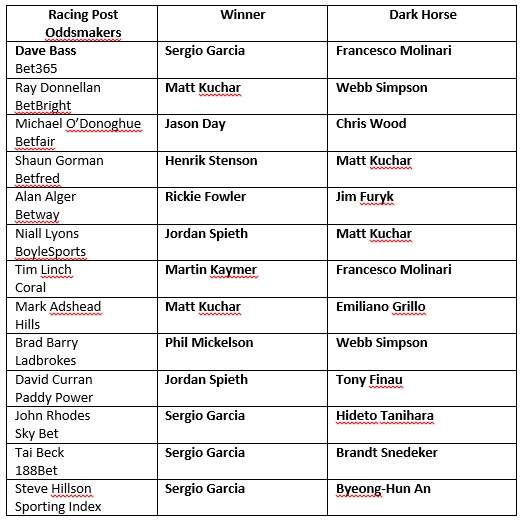 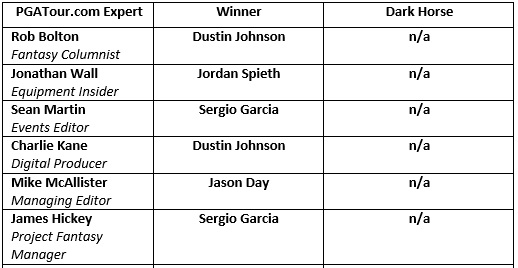 And over to social media...

"I always feel like I'm the best player in the world." @DJohnsonPGA confident going into #TheOpen at @RoyalTroonGC. pic.twitter.com/PpG3nvQHd3

Jason Day is ready to walk up 18 as a champion at Royal Troon. https://t.co/noMFlq1wQP

Phil Mickelson heads over to the fans on 18 after finishing his practice round. Class act. 👍🏻#TheOpen #RoyalTroon pic.twitter.com/kCF9LwjSmE

See Also: Watch: Shane Lowry Had The Media In Stitches At His Press Conference Today