Here at Balls.ie we have recently been ranking most influential people in fictional sports movies.

First of all we ran the rule over who was the best best fictional coach, then it was the turn of fictional captains to be measured, but now, it's time for the bad guys.

We have compiled a list of the very best bastards in fictional sports films, and have taken on the arduous task of ranking them in descending order.

Here are the results: 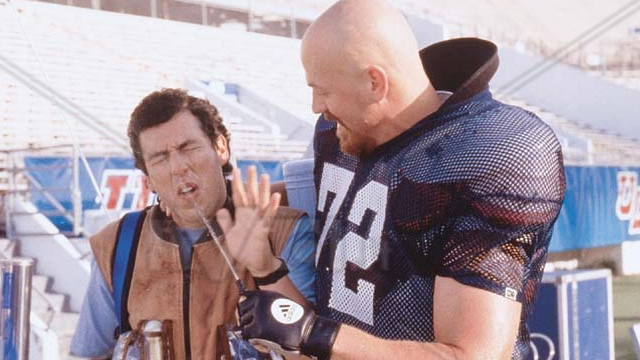 The man who sounds like a "big choo choo train" was the type of person who would bully the innocent waterboy. A star line-backer, Meaney was just a bad person who loved to feel better about himself by making other people's life a misery. He spat in the c-c-c-cooler. Disgusting. 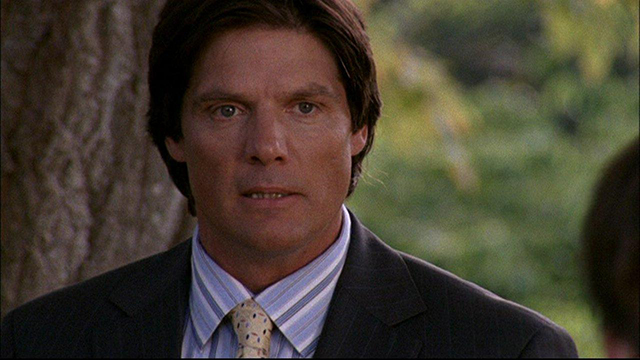 A man who's college basketball career was cut short due to injury, Dan Scott carried that bitterness into his later life. While he is somewhat of a redemption story, he still killed his own brother. 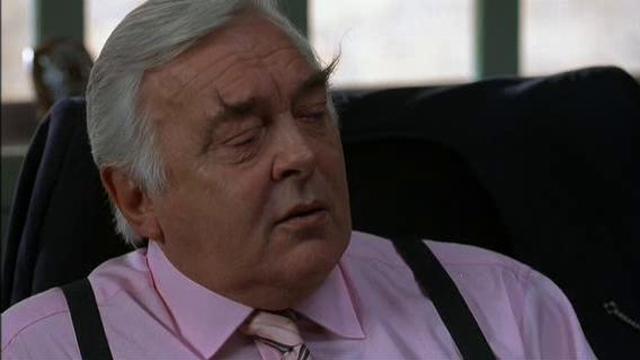 A man who could have made this list on his villainous eyebrows alone, the governor from Mean Machine was a corrupt bully who showed no hesitation in ruining other people's lives. A degenerate gambler and a man who didn't keep his word, this chap belonged in the very same prison he ran. 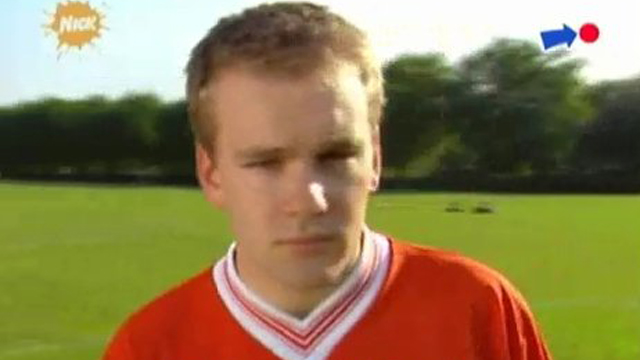 A bully and a coward, it should come as no surprise to anyone who met his dad Basil Stoker, but Terry was a nasty piece of work. First off, he scythed down Stuart Jackson in the school trials, then came up with the name Renford Rejects as an insult. A constant menace to the Rejects, if he wasn't as thick as two planks he might have been something more. 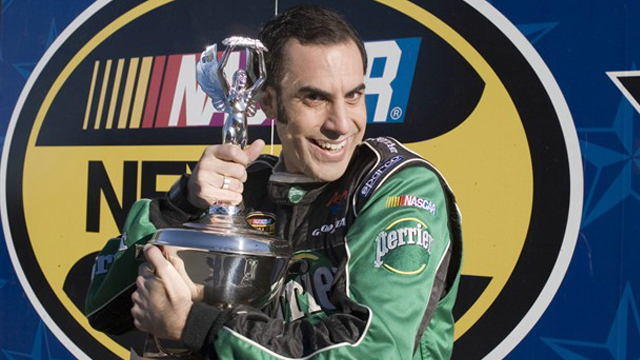 A master troll and a damn fine driver, Jean Girard didn't care who he upset bringing his European flamboyance to the world of NASCAR. Jean Girard left the world of F1 racing with one purpose, to take Ricky Bobby down, and for that reason he deserves his spot on this list, along with his love of crepes. 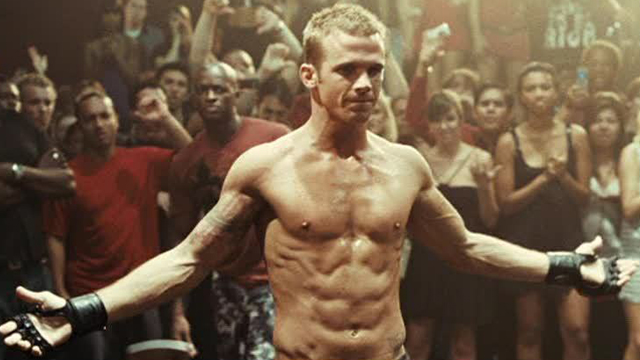 The ultimate bro, Ryan McCarthy just has one of those faces you want to punch but wouldn't dare, because, well, look at him. McCarthy made Jake Tyler's life a misery in California, and regularly took pleasure in beating up people who had were half his size and skill-set. He eventually got what was coming to him, thank God. 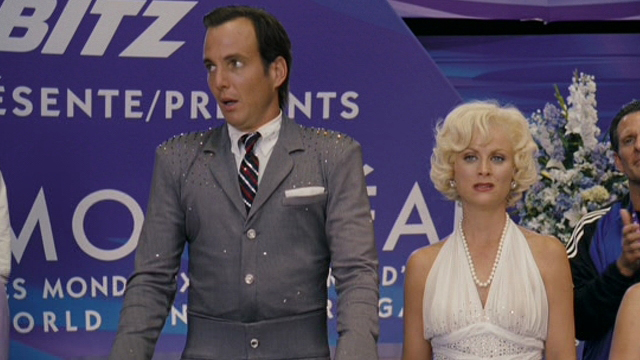 Complete phoneys who pander to the TV camera but have nothing but bitterness in their heart. Their own sister turned on them which should be all you need to know. Stranz shot an innocent mascot in the head with a harpoon gun, and Fairchild almost ended Chazz Michael Michaels' career with that stunt she pulled in the final performance. May they rot in jail where they belong. Oh and then there was the incest. Ugh. 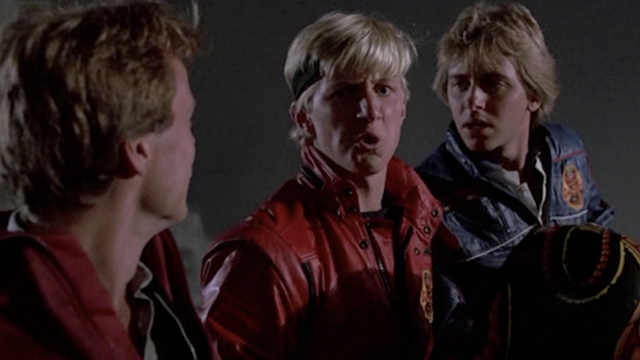 Sweep the leg! While he eventually made peace with Daniel LaRusso, Johnny, the leader of the Cobra Kai, was a horrible bully to the new kid in town. Chasing Daniel around town in skeleton costumes, beating the shit out of Daniel on the beach, and targeting Daniel's injured leg in the final of the karate tournament. Despicable. 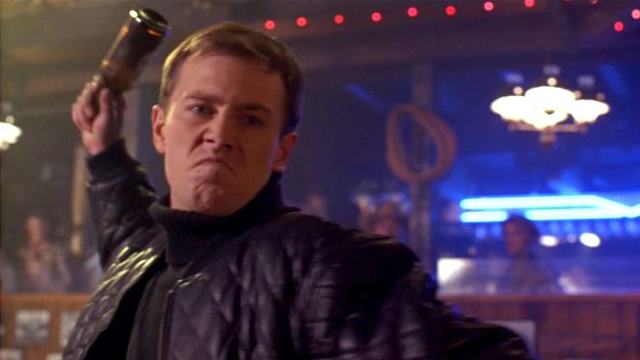 This complete snob took it upon himself to make the Jamaican bobsleigh team feel unwelcome in Calgary by making snarky remarks in a faux-German accent. More than that, he actually started a bar fight in what would have been labelled a race war had it happened today. He eventually came around and started a slow-clap for the proud Jamaicans, before wishing them well, but it was too little too late. 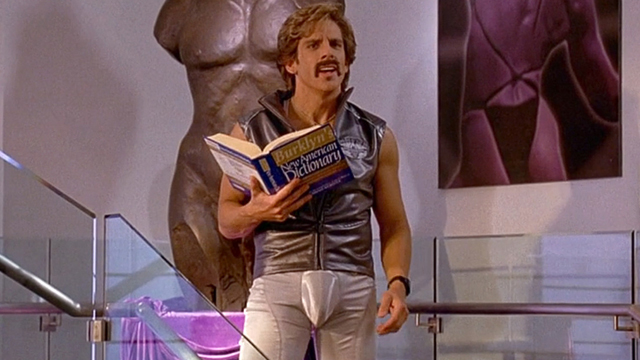 Where do we start with White Goodman? A bitter little man who takes enjoyment out of crushing small personal gyms with his powerhouse brand Globo Gym, the leader of the Purple Kobras was a sleaze-ball, a cheat, and had a sexual fetish for junk food. He also hates Chuck Norris. 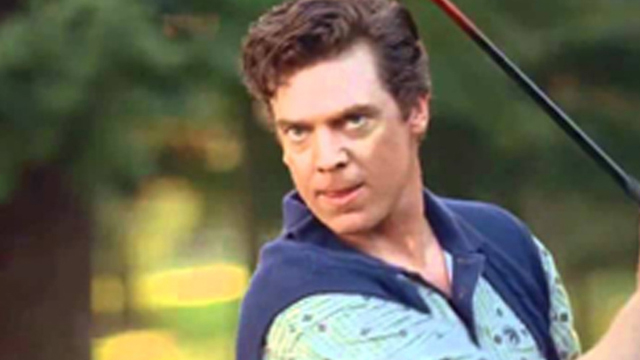 Another villain obsessed with being the best was golfing great Shooter McGavin. While nobody could argue with his ability around the greens, McGavin was a conniving so and so. Worried that Happy Gilmore would steal his thunder and his gold jacket, Shooter did the opposite of what literally every golfer ever would do, focus on their game, and instead tried to have Happy taken out, to go with attempting to buy Happy's grandmother's house, the one thing Gilmore cared about. He also eats pieces of shit for breakfast. 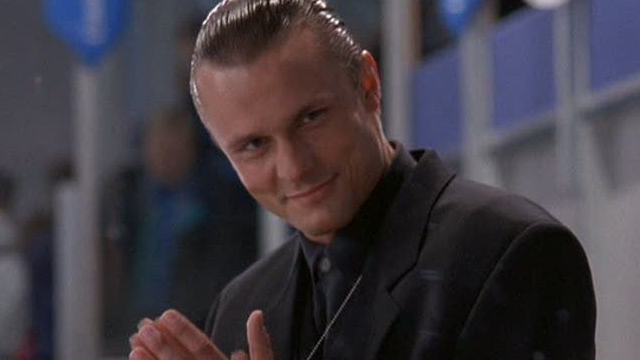 Wow. What a bastard. "He punched out more teeth than scored goals." "I heard he punched out his own coach!" All the rumours were true. Coach of team Iceland at the Junior Goodwill Games, Stansson was a complete pain in the arse from the word go, when he interrupted Team USA's media briefing. A ruthlessness and fondness for pain that were not typical of under-age coaching were what defined Wolf, along with this scene where after getting put on his arse by Gordon Bombay he deliberately targeted the legendary coach's weak knee. Evil.

So there you have it, our ranking of the most evil fictional sports villains. If you disagree with us be sure to let us know.