Our Golf Expert Gives His Picks For The US Open

With the 2020 US Open teeing off today, we spoke to US golf journalist Mike Bailey ahead of the second major of the year, in a special edition of The Buildup podcast, in association with Ladbrokes.

Mike talked us through what promises to be a really tough course in Winged Foot West, New York, with some of the most challenging greens imaginable. Who can win it? Overall, it's going to favour the long hitters who can give themselves easier approach shots to those tricky greens, and while Dustin Johnson may be a huge favourite, Mike has a few selections that he thinks could do well.

250mph? It's insane. The guy put on ... what ... 45 pounds of muscle? And he hits it really straight while doing that [driving long], so I figure that's worth taking a chance. He's a pretty good putter and he's so uncoventional with his golf swing. He seems like a really good fit for Winged Foot. If he can keep it in the fairways he's going to be really tough.

He's really rounding into form. He had a bit of temper before, where sometimes I think he would let it get the best of him but now I'm thinking back to that tournament this year where he had a two stroke penalty that he didn't even know about until the end. He wound up making bogey but he still won and he seemed to brush it off, he didn't have any problem with it...

He seems to really be maturing now. He's super talented; hits it far, great short game, great putter as well, so I think he's got a shot of winning this too.

I think those guys have an outside shot, and I love Matthew Wolff. I love that golf swing - he's so much fun to watch - and he's pretty long and usually pretty accurate, which is what you need at Winged Foot.

You can listen to our full chat with Mike below, and also don't forget to check out our second The Buildup podcast of the week, where we chat to Stephen Ferris ahead of the European Champions Cup quarter-finals. You can find it and all our other episodes on The Buildup on Balls.ie podcast feed here. Please gamble responsibly and you can visit Dunlewey.net for more information. 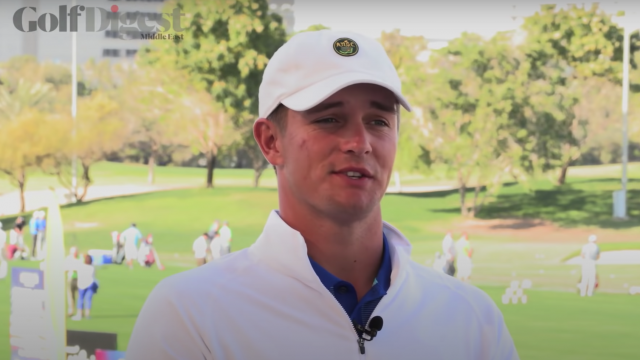 The Buildup us open

Podcasts
5 months ago
By Balls Team
The Buildup - Lowry, Mickelson And Other Tips In PGA Championship Special
Podcasts
11 months ago
By Sean Meehan
The Buildup Podcast: Kevin Doyle On The Importance Of Shane Long, A 'Guess The Handicaps' Showdown And The League Of Ireland Is Back
Podcasts
1 year ago
By Dylan Ryan
The Buildup Podcast: Kevin Doyle, Stephen Ferris & The Presidents' Cup!
Popular on Balls
Football
41 minutes ago
By Emmet Bradshaw
Andy Robertson v Thiago Silva's Wife Is The Social Media Beef We Need In 2021
1