Watch: Rory McIlroy Snaps Club In Half During Frustrating Round In California

Rory McIlroy has had a successful 2020 season, even if his good form didn't quite translate to major success. The Hollywood native won one PGA Tour event, with seven top ten finishes in only 15 events. He also made the cut in every tournament that he featured.

His next goal has to be a fifth major title. Remarkably, McIlroy has now gone over six years without winning one of the four biggest events in golf.

His next opportunity will come at The Masters, with the delayed 2020 tournament getting underway on November 12th.

The buildup to that event is now underway, with the first round of the Zozo Championship in California taking place yesterday.

It was a difficult round for McIlroy, who sits in tied-64th out of 77 competitors on a score of one-over par. It was a very up and down 18 holes for the 31-year old, featuring seven birdies, four bogeys, and two double-bogeys.

Frustration got the better of him at one point, with McIlroy snapping his iron in half after a poor approach shot on the 18th.

Speaking on the Golf Channel broadcast, commentator Paul Azinger said it had been quite some time since he saw the Northern Irishman so frustrated on the golf course.

It’s been a long time since I’ve seen Rory snap, but it happens.

It just shows you he’s not here for second place; he’s here to win. His expectations are high, and when things go the way they go, he’s human, too.

Colombian Sebastián Muñoz is currently in the lead on eight-under par, one shot ahead of Tyrrell Hatton and Justin Thomas.

SEE ALSO: All Irish Golf Courses To Close From Midnight For Six Weeks 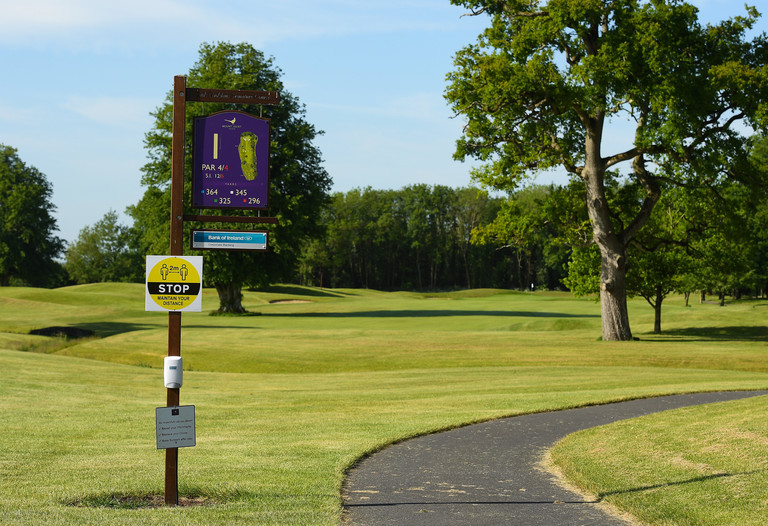 The Rewind
18 hours ago
By Gary Connaughton
Quiz: Can You Identify The Irish Celebrity From Each County?
The Rewind
14 hours ago
By Donny Mahoney
Peaky Blinders Fans Mourn Helen McCrory, Aka Aunt Polly