Anyone who tuned into the last round of the 2019 Masters will remember the terror that gripped the likes of Francesco Molinari, Ian Poulter, Brooks Koepka and Tony Finau on the famous 12th hole. Each managed to find the water on that calamitous Par 3 on the decisive day of The Masters. One golfer who avoided the drink that afternoon was Tiger Woods, who won his fourth Masters on the back of the momentum he seized from that hole.

The 12th hole proved to be a turning point of the 2019 Masters, with Francesco Molinari finding the water. @TigerWoods breaks down how the action unfolded. #MastersRewind pic.twitter.com/tB1ezX6K6i

Augusta got its own revenge on Eldrick today, as Tiger shot a 10 on the 12th, finding the water three times along the way. Sky Sports have been nice enough to compile the three water shots into clip.

A record-breaking hole from Tiger Woods... but not in a good way. 😳

He racked up his highest score on any hole at #TheMasters with 10 on the par-three 12th! 🤯

It was a landmark hole for Tiger as it is believed to be his worst-ever score on an individual hole in his illustrious career. He did the 'Jordan Speith special' by dropping the ball into Rae's Creek twice. He then found the creek a third time when an awkward shot from the bunker skidded off the green. When he finally tapped in for 10, the reigning Masters champion had the 100-yard stare of a man just back from active duty. Tiger started the hole -3. He finished +4.

I have been informed that Tiger Woods' 10 at No. 12 is his highest score on any hole in his PGA Tour career.

For Whom The Golden Bell Tolls...Tiger makes 10 at Augusta No. 12. Highest single hole tournament score in his career. #themasters #TigerWoods #2020sucks pic.twitter.com/LsmHhEZW35

The shot tracker on the hole looks like a crime scene.

SEE ALSO: Cavan Elated After 'Rollercoaster' Comeback Victory Over Down 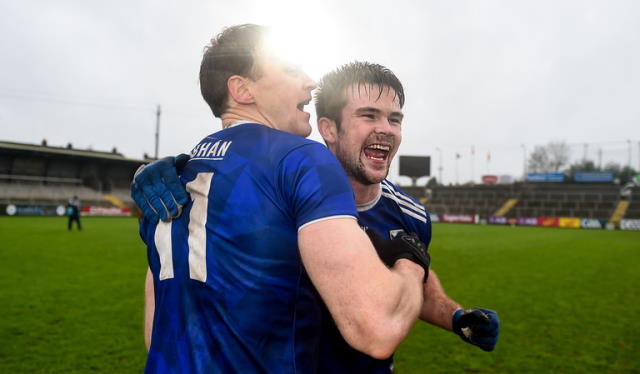