Easter Cup Victors Getting Back Down To Business At Shelbourne Park

It’s been a memorable week for those involved in greyhound sport, not least the Buckley and Hennessy families. Pat Buckley captured two classics last weekend with Slipalong Sally and Knocknaboul Syd both flashing from traps to make light work of their assignments in the Juvenile Classic at Tralee and the Easter Cup at Shelbourne Park.

It was an incredible feat for the Cappawhite based handler, but even more headlines went to Paul Hennessy as he proved that he is a master trainer with horses as well as greyhounds following the victory of Heaven Help Us in the Coral Cup at Cheltenham.

Hennessy is, of course, a future hall of fame trainer after handling some of the very best greyhounds in the history of the sport during his illustrious career but even the silver tongued Kilkenny man was caught for a word following the victory of his mare.

He gets back to the day job this weekend and will have runners at Shelbourne Park including Beach Avenue, who flew home to take second behind Knocknaboul Syd in the Easter Cup last weekend. One of the most versatile greyhounds in training, Beach Avenue has been in incredible form, producing a series of massive finishes in his recent outings.

He steps up to 575yds on Saturday as a prep for a crack at the Shelbourne 600 which commences next weekend. He will need to be on his toes as his five rivals are all very talented but, given the week that his trainer has just experienced, it would be no surprise to see him emerging a good winner.

Outside of Shelbourne Park, the ladies will take centre stage at Curraheen Park in the semi-finals of the SIS Cork Oaks on Saturday night. Both heats look hugely competitive and the start will be of real significance.

Clona Skye and Right So Belle have the best of the draw in the opening semi. Clona Skye races on the fence and will bid to turn in front, while Right So Belle is drawn in the stripes of six and she too will look to race prominently. Much will depend on which turns in front, but Right So Belle comes into the race in good form and is chosen to strike.

The second heat may also come down to which greyhound gets first run. For that reason, the flying starter Azzabi gets the nod. She is drawn a little far from the fence but never seems to miss the kick and looks the likely pace-setter.

Of her rivals, Breton Avril and Ardrath Pearl, who both stayed on well to win in the opening round, can emerge as the main dangers but one suspects Azzabi might hang on this week.

A week from now, the hugely valuable Con & Annie Kirby Memorial kicks off at Limerick and so many young greyhounds with unlimited potential will line -up in the showpiece. There have been some wonderful performances around Limerick in recent weeks as dogs prepare for the competition. Expect more of the same at Limerick on Saturday.

The eighth race on the card features a number of dogs that are likely to take their chance in the Kirby Memorial. Given the current form of his trainer, the Pat Buckley trained Bombardier is one of real note. The son of Ballymac Matt has shown real promise and seems set to go onto bigger and better things. He could take some stopping if timing his start correctly. 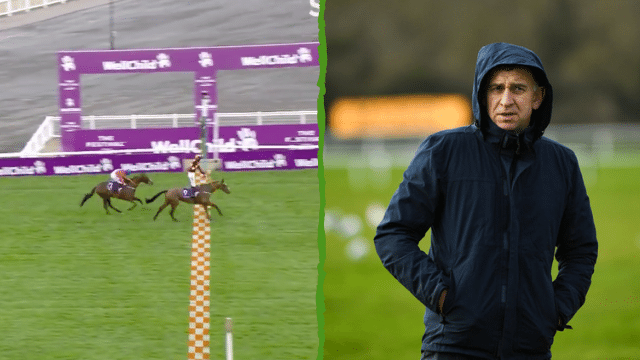