For those involved in greyhound racing there’s only one show in town this weekend with the JP and Noreen McManus sponsored Con & Annie Kirby Memorial likely to come to a dramatic conclusion at Limerick on Saturday evening.

First run in 2013, the €80,000 winner’s purse has never failed to attract the very best greyhounds in training and this year’s event stacks up favourably to the previous seven.

Brendan Matthews and Pat Buckley, who both have a finalist have been responsible for five of the seven previous winners with Buckley seeking an incredible fourth success. Standing in their way, however, are Derby winning trainer Pat Guilfoyle, the very talented young handler Mark O’Donovan, popular Dublin based trained Marie Gilbert and the legendary Liam Dowling.

Pat Guilfoyle has a particularly strong hand with the favourite Explosive Boy representing his Tipperary based outfit. Had Explosive Boy been handed a more favourable draw he would certainly have been installed a red-hot, odds-on favourite but he faces a potentially very tough draw in three.

With Singalong Sally expected to dive inwards from trap four and Agent Stanley certain to move wide from an inside draw, Explosive Boy may need to be at his very sharpest to avoid being the meat in the proverbial sandwich in the opening exchanges.

Of course, the son of former Derby winner Good News is aptly named as he is capable of exploding from traps and, there seems every chance, he can strike the front despite the draw. In such a scenario, it will need something pretty special from one of his rivals to deny him victory.

The aforementioned duo of Singalong Sally and Agent Stanley will almost certainly need to grab an early lead land the prize. Singalong Sally overcame such a draw in the Juvenile Classic but this is a very different test.

Agent Stanley has the trapping ability and early dash to challenge for the early lead but may lose forward momentum by moving wide into the turn.

Instead, it’s probably worth looking elsewhere for a danger to the favourite. In terms of one that could challenge early and possibly take advantage of any crowding on the inside of the track, Stonepark Leo fits the bill.

A rapid improver for young Mark O’Donovan, the son of Ballymac Best motors into the bend and down the back straight. He is another that will need to turn in front but that is very possible given the make up of the race.

There will also be plenty of shrewd punters backing De Machine. Unlike the four greyhounds we’ve already mentioned, De Machine will not be looking for an early advantage. In contrast to his rivals, De Machine is a slow starter but packs an incredible finishing kick.

Trained by legendary Newry based handler Brendan Matthews, who is chasing his third victory in the competition, De Machine will look to find the gaps around the opening two bends before making his move from halfway. Win or lose, De Machine will not be far away at the finish.

The remaining runner is Ballymac Merlin. A very talented young tracker, he gives the impression he is only starting to find his feet. He may be a big price to win the final but there seems no doubt he will develop into a serious performer in the coming months.

It really is a fitting finale to what has been a special competition. It’s also worth noting that the six finalists are all running for a local GAA clubs with the winning club receiving an impressive €10,000. The thought of such a bonus during these hard times is clearly very appealing to the respective clubs and they have been showing their support on various social media channels.

Picking the winner with any real confidence is no easy task but Explosive Boy has all the qualities and talent to grab the contest by the scruff of the neck. De Machine can emerge as his nearest rival, while Stonepark Leo is certainly worthy of respect from the draw.

If you wish to view the action live, you can do so on channel 437 on the sky platform or on the Sporty Stuff website. 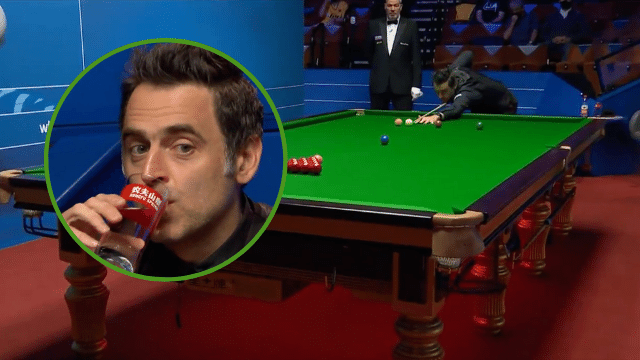