It’s one of the rare quiet weekends at Shelbourne Park although the racing remains of the highest quality as a number of Ireland’s best will be in action ahead of the Easter Cup which commences next weekend.

The twelve-race card features a number of talented trackers but the likelihood is that even more will flex their muscles ahead of racing in a trial session which should prove very illuminating. As many of the country’s best return after a winter layoff, their trials will offer a clue as to how fit and ready they are.

The Easter Cup is the oldest competition on the Irish calendar and all signs would suggest the 2021 renewal will be as strong as any in recent years.

The Reddan Windows Champion Bitch Stake gets underway at Thurles on Saturday and, given the strength of the current crop of bitches in Ireland, it’s no surprise to see a quality entry for the illustrious competition.

Established performers such as Swanley Chick, Azzabi, Right So Belle and Nemesis will be expected to have a big say in the coming weeks but there are also some very promising younger and inexperienced trackers to keep an eye on.

One such runner is Skywalker Cilla. Not seen since her second career start last August, she displayed real ability behind subsequent Juvenile Derby champion Skywalker Barry. As a result of that effort, she was purchased by the ‘Skywalker’ man, Ray Patterson, and he recently suggested she was shaping very nicely at home.

She lines out in Heat 4 where she faces another promising type in the form of Meduza and the aforementioned Swanley Chick.  Another youngster worth watching through the stake is Ballymac Notoyou. A member of the hugely talented Droopys Sydney/ Ballymac Razl litter, she has shown real ability in her short career to date and remains open to further progression.

As we’ve suggested in recent weeks, it’s that time of year when the next generation are taking their first steps to stardom. The Rural Hawaii @ Stud Unraced Stake will continue at Clonmel tonight and there are a number of potential stars amongst those that remain.

Champion trainer Graham Holland had a particularly good night seven days ago winning four of the eight second round heats. Expect the Golden based handler to have more success at the quarter final stages.

There will be many more potential superstars in action next weekend when the Juvenile Classic gets underway at Tralee. In recent weeks a number of hugely promising unraced pups have been trialling at the Kingdom Stadium with the competition in mind. Don’t be surprised if a number of future classic winners emerge from the valuable stake.

The Irish Greyhound Owners and Breeders Federation released the first episode of a new docu-series on Thursday afternoon on their various social media platforms and it has been very well received. The series, which is titled Behind The Track and is accompanied by the hashtag, #OurGreyhoundsOurLives is aimed at giving a behind the scenes look at the greyhound industry.

The opening instalment featured last years Special Merit Award winner, Fionnuala Moloney Carey and her Timaru Kennels base. The video was widely shared on Thursday with numerous sporting figures and well-known names sharing it with their following, including Vinnie Jones.

There will be seven instalments in total with the legendary Jimmy Barry Murphy amongst those featured in the coming weeks. Take it from me, they are really worth a look.

The first instalment of the #BehindTheTrack series can be viewed below: 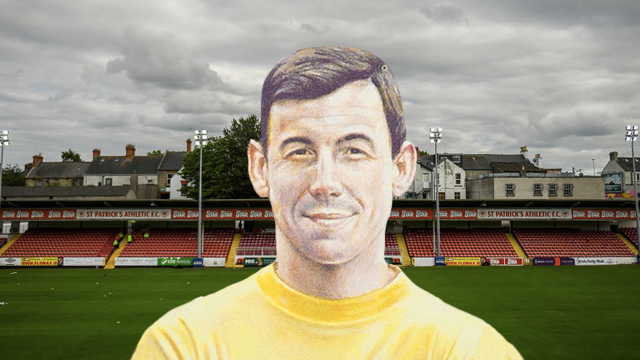