The undoubted star of last weekend’s action was Billys Diva as she saw off a brilliant field with a display of pure pace and power. Flashing from traps, the daughter of former Derby champion Good News raced right away from her rivals to post a fastest of the competition 29.47.

It was a performance that, again, confirmed her standing as one of the most exciting and talented greyhounds in the land. She is also amongst a group of special females that are currently setting the standard on these shores. Scarcely in recent years have we seen such a strong crop of bitches.

Billys Diva will be tested tonight, however. She remains favourite with the sponsors to win the opening heat but will need to be at her best with two of Ireland’s most talented, Newinn Session and Great Name That, in opposition.

The clash could and should provide a thrilling contest with all three capable of producing an astonishing performance. Were all three to come away on terms, it could turn into quite the buckle. The draw certainly favours Billys Diva but she will need to repeat the start she made last week if she is to lower the colours of her two main rivals.

Of course, this is far from a three-dog contest with Beach Avenue, Sweep The Yard and Drumdoit Bermuda capable of making the frame if any of the big three let their guard down. That said, it is difficult to see one of the outsiders coming home in front.

The second heat is no less intriguing with proven performers Knocknaboul Syd and Ballymac Wild taking on the young pretender Golden Tiger. The last named is hugely progressive and emerged a superb winner last week although he needs to improve even further if he is to follow up that success.

From a wide draw in five, the Graham Holland trained star needs to come away racing or he could find himself in a very vulnerable position.

Knocknaboul Syd is amongst the most professional performers in the land. A natural starter, he seems the most likely pace-setter and, if turning in front, would be hard to pick up. Ballymac Wild is capable of doing so but he can’t afford to give away too much ground in the early exchanges.

If either were to slip up, Boylesportsbingo and Monbeg Zinzan could pounce late. Both heats offer so many possibilities with the only certainly being that both contests will take some winning and, no matter the result, we seem set for a tremendous decider in just over a week’s time.

The highlight of Friday’s action are the semi-finals of the Greyhound & Petworld Juvenile Classic at the Kingdom Stadium, Tralee. There were some superb displays in the early rounds from young greyhounds with a very bright future and things are really starting to get serious.

Both heats feature greyhounds with the potential to reach the very pinnacle of their chosen profession and there won’t be room for error. The opening heat is particularly hot with three of the four quarter final winners clashing. Broadstrand Ryan, Singalong Sally and One Time Only all won their latest assignments with impressive displays. All three are expected to play a part tonight. Add in the hugely fast Ballymac Belvult, the early paced Jacobs Tashadelek and the promising Ballyhimikin Boy and it’s a contest of some note.

Both Broadstrand Ryan and Singalong Sally are bidding to maintain their unbeaten career records but neither are well housed. One Time Only is the likely pace-setter on the outside but whether he can hold on has yet to be seen. Expect Singalong Sally, Ballymac Belvult and Broadstrand Ryan to finish fast, although the nod goes to the latter.

The second semi final is also packed with real talent. Zafiro is the only second round winner in the line-up. He flew home to see off Zoom last week and the pair meet again but there are a number of potential winners in this contest. Good Cody was just pipped in a red-hot contest last week and has obvious claims, while Swords Maestro was also narrowly denied last week. He has fine pace but needs to be a little sharper at boxes. The same can be said for the inside duo of Burgess Glengar and Ballymac Mermaid, although both are exciting and it would be no shock if they were to improve considerably on their previous form.

In short, both contests look wide open. There is a great mix of racing styles on show with the one common factor being that all twelve greyhounds have the ability to go onto great things if luck remains on their side. 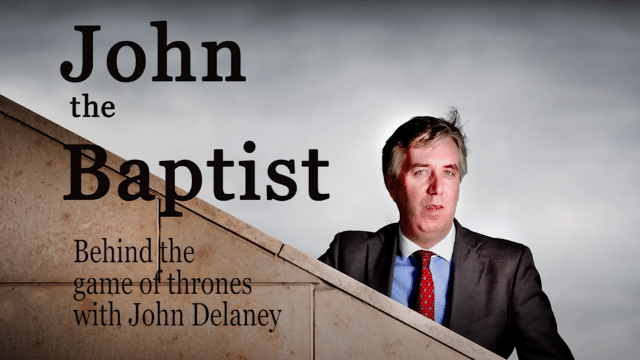