Irish Oaks And St Leger Both Heading For A Dramatic Conclusion

Two of the biggest competitions of the year, the Sporting Press Irish Oaks and the Friends of Limerick St Leger are currently in full flow and both classics have been providing some incredible action. It’s safe to expect more of the same on Saturday as the field in both events will be halved.

The Irish Oaks has certainly developed into a vintage renewal. The very best of Ireland’s female talent has risen to the challenge and the resulting racing has been of the highest quality. Droopys Curio, despite suffering defeat last week, remains the favourite for outright glory.

That can partly be put down to the fact that she has been handed a perfect draw on the fence in Saturday’s semi finals. It’s no exaggeration to suggest she is amongst the very fastest greyhounds in training and would not be out of place in the closing stages in the likes of a Derby or Leger.

Blessed with stunning back straight pace and a real determination to win, she certainly deserves her lofty position in the betting and is fully expected to qualify for next week’s final. Her task is far from easy, however.

She must take on one of the most exciting youngsters in the land in the form of Ballymac Beanie. The latter had only a handful of races ahead of her Oaks challenge but she has been a revelation in the event, going unbeaten to this point.

A half-sister to the stricken Derby final favourite Pestana, she has many similar qualities to her brother. She too has massive pace into the turn and seems utterly focused on getting to the front. As you can imagine, that’s a tremendous attribute for any greyhound to have.

This is far from a two-dog affair, however. The duo are joined by the hugely talented quartet of Bo Shine Bullet, Priceless Verona, Ballymac Wisdom and Swanley Chick. It should be a fascinating spectacle but the nod just goes to Ballymac Beanie on the strength that she may get first run on her rivals.

The second heat is also a hugely competitive affair although Ballymac Art stands out as the one to beat in this scribe’s view. A rapid improver with stunning early speed, she can make the most of an inside draw to dictate throughout.

Each of her five rivals have the ability to challenge but they will struggle to match Ballymac Art for early speed and that could make the difference. Roanna Bess could be the one to chase her home. Whatever the outcome in the two semis, the decider should boast a wonderful line-up.

Limerick will feature the quarter finals of the Friends of Limerick Irish St Leger and, as with the action at Shelbourne Park, there will be no room for error with many of the best in the land in action in the classic.

Newinn Session remains the favourite for outright glory but has been handed a very tough assignment in the second of the four quarter finals and will need to show all his class to emerge triumphant. If failing to fire, or finding traffic, he could be in a spot of bother with each of five rivals capable of a big run.

Derby finalist Ballymac Wild is expected to come on for his two most recent efforts and may emerge as the one to beat in the opening heat. Amazing Alice and Epic Hero are dangerous but Ballymac Wild should be too good if coming away on terms from trap three.

Defending champion Ballymac Anton seems to be drinking from the fountain of youth as, despite his advancing years, he retains much of his ability. He flashed from traps to make all last week and a similar effort would see him go close in Heat 3. Congress Thunder is worth keeping an eye on in this contest. He is slightly frustrating to follow but is, undoubtedly, fast enough to make a bold bid.

The final heat could come down to a straight shootout between Black Parachute and Ballymac Kingdom. Both are renowned for their power and, with a clear run, they can assert control in the latter stages.

Last week we spoke of the GRI Winter Racing Festival and there was further good news during the week with the announcement that Racing Post Greyhound Television would be carrying live coverage of the gala meeting on December 5th. It comes as a real shot in the arm when you consider the country will be just out of lockdown and it remains unknown how many, if any, punters will be allowed on site.

SEE ALSO: There's A Frankly Stupid Amount Of Sport On TV This Weekend 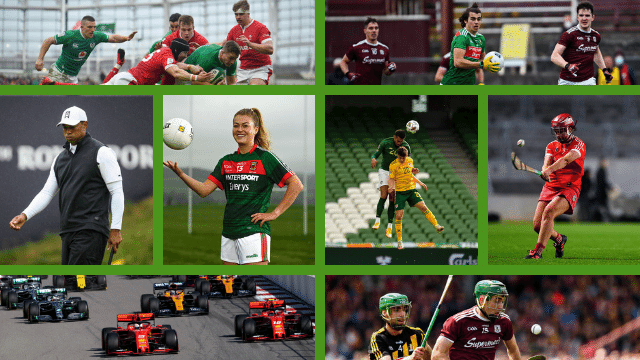