Juvenile Derby Amongst The Highlights Of Stacked Weekend Of Racing

There was a time when things would get somewhat quieter after the completion of the Irish Derby but that is no longer the case. This weekend is evidence of the fact with many of Ireland’s best in action at both Shelbourne Park and Curraheen Park.

It’s been just three weeks since the Derby came to a conclusion but there hasn’t been a moment for reflection with both the Laurels and Juvenile Derby demanding so much attention. The quarter finals of the Laurels will dominate the action at Cork on Saturday and the draw has thrown up four fascinating races.

Skywalker Barry looks very likely to continue his unbeaten ways with the Mark O’Donovan trained star certain to start a red-hot favourite for the opening heat. Racing from trap three, Skywalker Barry can make another flying start before dictating throughout. The hugely talented, but frustrating, Ballymac Fairone is expected to emerge as his nearest pursuer but must find his trapping boots to really worry the favourite.

The clash of Ballymac Wild and Singalong Sally in Heat 2 is perhaps the highlight of the action. Singalong Sally is one of the tightest railers in training so a trap six draw is far from ideal. The withdrawal of Buttsys Bengal from trap four should certainly aid her cause but she will need to be at her most professional at boxes to get across.

It’s perhaps safest to side with the remarkable Ballymac Wild, who has made the final of almost every major competition he has been entered for.

The third of the heats sees the clash of speed merchants Droopys Good and Coom Leo. Both greyhounds have exceptional pace into the turn but the former is drawn inside his rival, which could make the difference.

Romeo Magico will be a warm favourite from a rails pitch in the final heat but his kennel companion Clona Skye might get first run. If doing so, the former Corks Oaks winner will take some catching at her favourite track.

Meanwhile in Dublin, the semi-finals of the Juvenile Derby are the highlight at Shelbourne Park. In what seems a vintage renewal of the famous competition, there is an abundance of early speed with most of it in the second heat.

Kennel companions Serene Ace and Coolavanny Duke head the betting for outright glory but both will need to be at their sharpest in a race where they have to contend with the brilliant pace of Deadly Diego, Feora Chris and Off The Pitch. Even the outsider of the field Gaston Pecas has also shown real speed in recent defeats.

So much will depend on what Deadly Diego does in the opening yards. If he doesn’t make a flying start, Serene Ace has the draw to dictate from the early yards before, perhaps, going on to return to winning ways.

The opening heat is a more straightforward. Droopys Gloss appeals from a favourable draw in four. With relatively slow starters on her flanks, the Murt Leahy trained star should have room to get up to full stride into the bend. If she were to strike the front, it seems very unlikely she would be picked up.

As an added bonus, the semi finals of the RCETS Open 600 should provide some superb racing on the undercard and Auxerre and Beach Avenue get the nod in their respective heats. Auxerre is selected to dominate from the early stages, while beach Avenue can come with his trademark whirlwind finish to lead late.

SEE ALSO: Why The GPA Are Backing The New Football Championship Proposals 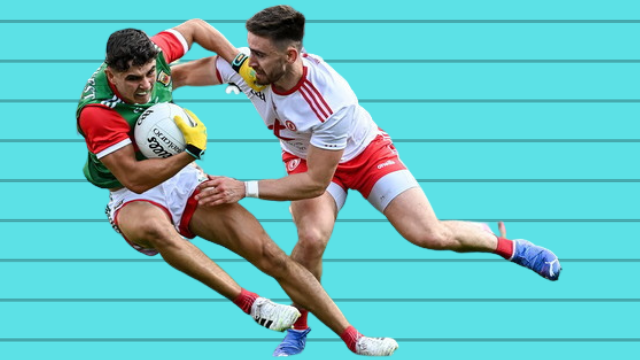 Greyhound Racing
4 weeks ago
By Ian Fortune
Christmas Oaks Set To Serve Up Some Compelling Action At Shelbourne Park
Greyhound Racing
1 month ago
By Ian Fortune
Part Blake The One To Beat In This Year's Irish St Leger
Greyhound Racing
2 months ago
By Ian Fortune
Explosive Boy The One To Beat In The Matchbook Betting Exchange Irish St Leger
Popular on Balls
Rugby
1 day ago
By Colman Stanley
Bundee Aki Apologises For Confronting Ref After Connacht Concede Late Try
Football
1 day ago
By Gary Connaughton
Report: Newcastle United Lining Up Move For Euro 2020 Star
Snooker
10 hours ago
By Gary Connaughton
Ronnie O'Sullivan Couldn't Get Over Stunning Mark Williams Escape Shot
Rugby
2 days ago
By Jonathan Browne
Who Is Karl Martin? Meet The Young Drogheda Man Making His Debut Against Leinster