Some would choose to stick a fork in 2020 and simply forget it ever happened but from a greyhound racing point of view, the second half of the year was pretty spectacular. Of course, it would have been so much better if crowds had been allowed to attend but, for those with an interest in the sport, it provided a real distraction from the daily grind and the misery of Covid.

2021 is now just hours old but the year kicks off in much the same way 2020 ended with tremendous action to look forward to around each corner. Shelbourne Park hosts their first meeting of the year on Saturday and two major finals should ensure that plenty will be viewing the action from the comfort of their couch.

The Christmas Oaks is worth a tidy €7,000 to the winner and the decider is an intriguing affair with a number of the very fastest bitches in training taking their place but in terms of the money involved and history, the final of the Shelbourne Open 600 is very much the feature.

One of the most popular events on the calendar, it was known for so many years as the Guinness 600 and the role of honour is a collection of legendary names. One such name is that of Ballymac Matt. The brilliant tracker won the 2015 renewal before going on to Derby glory some three months later.

Five years on, Ballymac Matt could have a big hand in the 2020 renewal as his son Ballymac Cooper is amongst the favourites to land the €15,000 prize. One of two runners for Liam Dowling, Cooper has long been one of the fastest greyhounds in training and seems certain to play a big part in proceedings, especially if coming away on terms.

He relishes the longer run to the turn and, were he to get to the front, would be very difficult to pick up. To highlight the current strength of Liam Dowling’s operation, the main threat to Ballymac Cooper is his kennel companion Ballymac Kingdom.

Already a classic winner after winning the Corn Cuchulainn during the summer, Ballymac Kingdom is built for the 600yd trip. He may have suffered defeat in Tuesday’s semis but he remains the one to beat.

A fast starter with an abundance of stamina and the pace to match any greyhound in training, Ballymac Kingdom is a worthy favourite and is the most likely winner. Of the remainder, Coolavanny Chick is best positioned to potentially spoil thee ‘Ballymac’ party.

An English Derby finalist with tremendous ability, she has an ideal draw in the stripes but may need to hit the ground running to get around Ballymac Cooper into the band. Lilly Lula and Pilgrim Hill will need luck to land a blow, while the remaining competitor Jaytee Japan is exceptionally fast but would need the front three in the betting to get in each other’s way in the early stages.

The Christmas Oaks decider has a very similar make-up with the top three in the betting having a bit in hand on the remainder. Ballymac Art should set the pace and could easily make every yard but she would, certainly, be better suited by summer conditions.

With the prospect of a bitterly cold evening, it might be better to side with the stronger running types and that leads us to Droopys Curio and Miss Joss. The former is an exceptional talent but her inconsistency at traps and a terrible draw in five could prove her undoing. Instead, Miss Joss gets the vote.

From a near-perfect draw in the stripes of six, she will have plenty of room to manoeuvre in the opening exchanges and, were she to avoid traffic on the bend, could turn close enough behind Ballymac Art. In such a circumstance, she would be very difficult to contain at the business end.

While both finals are taking place in the opening days of 2021, they could provide the perfect end to 2020. 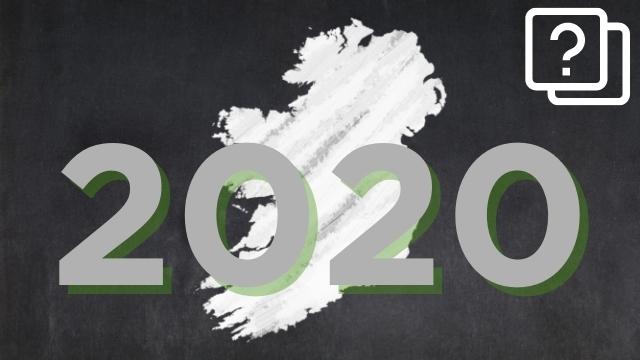