Grand national winner Rachael Blackmore is planning a return to racing as early as October.

The Tipperary jockey has been recovering from a tough injury suffered at Killarney in July, which saw her fracture her ankle and hip in a fall.

She was riding the favoured Merry Poppins that day in the Download The BoyleSports App Handicap Hurdle. She had won in the race prior with Baltinglass Hill.

Medics attended to Blackmore for almost half an hour that day, as she was taken into an ambulance and transported to hospital for surgery.

Rachael Blackmore has been taken to hospital for further assessment on an upper leg injury after suffering a horrible fall Killarney this afternoon.

The Grand National heroine had ridden a double prior to the incident in race 4.

Fingers crossed for the pride of Tipperary🤞 pic.twitter.com/M9ksuQGd07

Dr Jennifer Pugh of the Irish Horseracing Regulatory Board, said she was 'in good spirits' after the surgery back in July.

There's no doubt that Henry de Bromhead and co will be eager to have her back in the saddle on some of their champion horses.

"It's part and parcel of the job, unfortunately," Blackmore told RTÉ Sport. "The recovery has gone really well and the doctors are all happy with my progress."

"I'd say I'll be riding out maybe by the end of the month and hopefully back racing in the next couple of weeks."

While an injury like Blackmore's is never wished upon, she's happy it didn't interfere with her stellar runs at Cheltenham and Aintree.

"I'm just glad it didn't happen in April or March last year," she said. Last season, she ended up on board of 92 winning horses.

This season, she's third in the Irish jump jockeys' championship, despite missing a chunk of it due to injury. From 103 rides, she has 22 winners under her belt.

The 2021 Grand National winner has come a long way since her maiden Grade 1 victory in April of 2019. That day she rode Honeysuckle to a win at Fairyhouse.

At Cheltenham in March, the 32-year-old partnered the same horse to a win in the Champions Hurdle, becoming the first female jockey ever to do so. 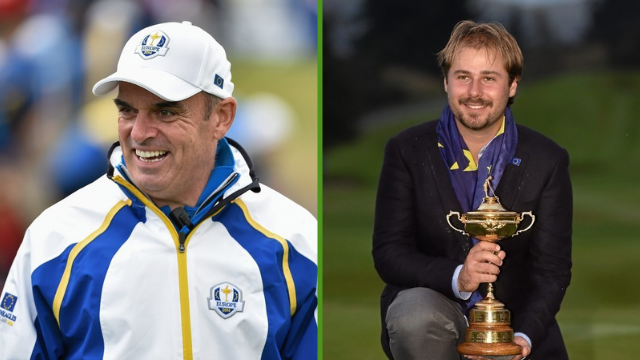 Horse Racing
2 weeks ago
By Eoin Harrington
Tributes Paid To Retiring Robbie Power At Punchestown
ladbrokes
2 months ago
By Gary Connaughton
Rachael Blackmore Sums Up Feeling Of Winning With Honeysuckle At Packed Cheltenham
Horse Racing
3 months ago
By PJ Browne
Honeysuckle Awesome As She Wins Third Irish Champion Hurdle
Popular on Balls
GAA
3 days ago
By PJ Browne
Mayo's Padraig O'Hora Using Football To Promote His Real Passion
Rugby
1 day ago
By Colman Stanley
'That Pace, That Intensity, That Organisation' All Black Legend Has High Praise For Leinster
GAA
1 day ago
By PJ Browne
Jim McGuinness's Gut Tells Him Dublin Will Win The All-Ireland
The Rewind
2 days ago
By Eoin Harrington
Watch: Brilliant Dermot Morgan Dublin Segment From 'The Travel Show' Resurfaces