Bryan Cooper picked up the ninth Cheltenham win of his career on Wednesday, guiding Mrs Milner to victory for Paul Nolan in the Pertemps Hurdle.

For the Kerry jockey, it had been a long wait to add to his list of festival wins. His last at Cheltenham had been four years ago.

"I can tell you, it's been a lonely couple of years walking out of this place without any winners. You get used to riding them.

"I can't owe these man enough, Paul and James Nolan. They stood by men for the last three or four years and gave me stuff when I didn't have any. I'm just a passenger. They're the men that did the job."

Cooper rode Don Cossack to victory in the 2016 Gold Cup but much of his career in the interim was badly disrupted by a series of injuries.

"It's only you that can change things," Cooper said.

"I sat down and had a little chat with myself at the beginning of Covid last year. I changed up a few things.

"I'm delighted, so happy to be back here on the big stage. Riding for Willie Mullins here as well this week, it's just fantastic."

"It's been a lonely couple of years walking out of this place without any winners."

Great interview with Bryan Cooper after he rode his first Cheltenham winner since 2017 on Mrs Milner today!#CheltenhamFestival #VMTVRacing@92bryan92 @nolan_racing pic.twitter.com/OBTAqbr0bB

"I admire what he said, that he sat down at the beginning of Covid and had a look at himself. As a professional sportsperson, when things disappear, it's no one else's fault but your own. You've got to work and find a way to get it back again." 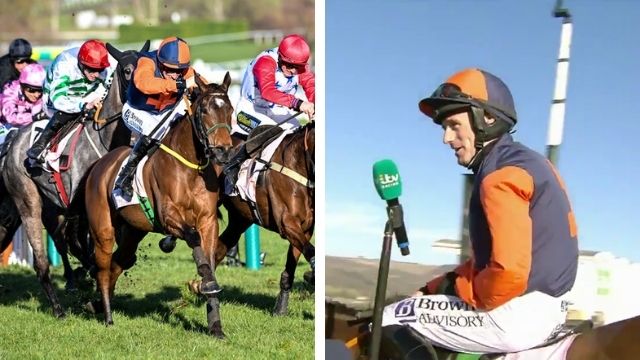