Cheltenham history has been made this afternoon, with Minella Indo and Jack Kennedy's win in the Gold Cup meaning trainer Henry de Bromhead had winners in the week's three biggest races for the first time in festival history.

Priced at 9/1 prior to the start of the race, Minella Indo was behind Al Boum Photo and stablemate A Plus Tard in the betting.

Al Boum Photo entered the race hoping to become the first horse since Best Mate 2004 to win a third consecutive Gold Cup. Only five horses had previously achieved the feat.

Rachael Blackmore was hoping to make some history herself on-board A Plus Tard in the race by becoming the first female jockey to win the prize. It would also have handed her a seventh win in this festival, matching the record mark set by Ruby Walsh in 2009 and 2016.

Both of the favourites found themselves in the middle of the pack for most of the race, although there was a sense that they were well positioned to make a move late on.

We were certainly set for a thrilling finish, with Minella Indo attempting to hold off the challenge. Jack Kennedy did so brilliantly, managing to finish just ahead of A Plus Tard in a fantastic performance.

This meant that Henry de Bromhead has won the Champion Hurdle, the Champions Chase, and the Gold Cup this week. It is the first time any trainer has won all three prizes in the same festival.

It also was the culmination of a long journey for jockey Jack Kennedy. The Kerry native has had a tough time in recent years with injury, but the 21-year old is now a Gold Cup winning rider.

What a week for Irish racing. 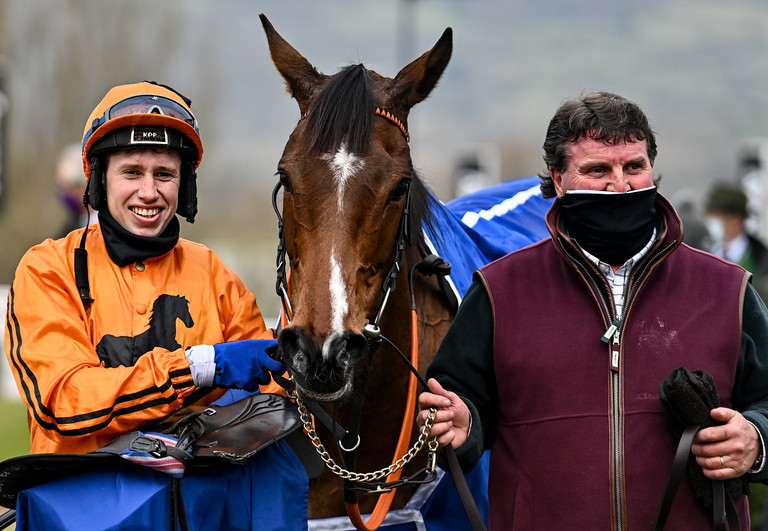