The Uncomfortable Moments That Make This Sports Documentary Unmissable

What starts as a story about horse racing and the sport where women and men go head to head on equal terms quickly becomes a story about family. In fact, it is the father of the most famous family, Ted Walsh, who typically delivers one of many stand-out moments in the new 'Jump Girls' documentary.

"Look, Ted is a documentary maker's dream," director Luke McManus tells Balls.ie. "You point a camera at Ted, he is going to say something interesting. He is obviously a very talented horse trainer but he is a natural broadcaster and a natural talker." 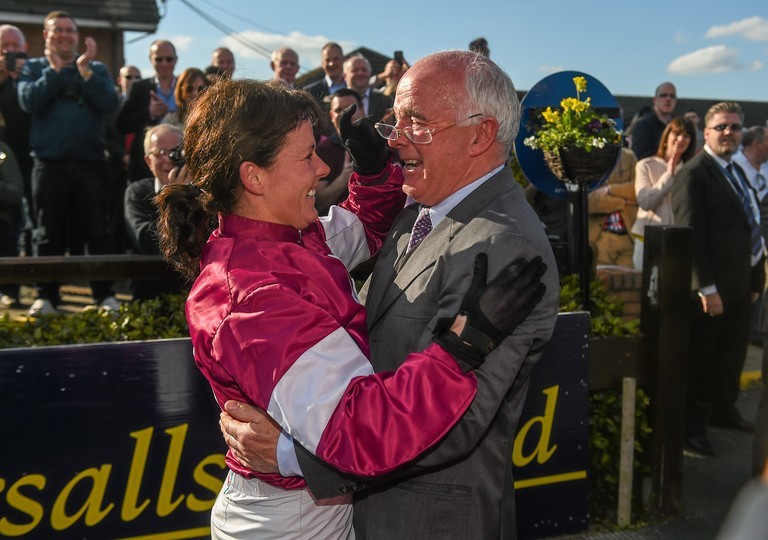 Yet even with Walsh's natural disposition towards entertainment, the documentary's real power lies elsewhere. It is the tales of trainer Jessica Harrington, her daughters Kate and Emma, and top jockeys Rachael Blackmore, Katie Walsh, Lisa O’Neill, Katie O’Farrell and Lizzie Kelly that make it utterly enthralling.

'Jump Girl's is a two-part documentary, the first of which will air on TG4 on Thursday, 21 February. It charts current and future legends operating in one of the most challenging and compelling sports imaginable.

For McManus, Sufficiently representing such a broad range of individuals was one of the most difficult aspects of the project.

One of the big challenges with the film is there is a lot of characters in it. That's always difficult to manage as a film-maker because you are trying to go 'well, if there are too many people, viewers just won't engage.' How do you create sympathy and get inside someone's head? It was a hard enough project on a lot of levels but very enjoyable to do.

With each women's story comes the figures who helped create it. Champion jockey contender Rachael Blackmore credits Katie Walsh and her sister-in-law Nina Carbery for leading the way for female jockeys. Katie's affirming moment arrives when she enjoys stunning success at the 2018 Cheltenham Festival, but only after watching her brother fall and suffer a broken leg on the same day.

It puts parents, Ted and Helen, in an extraordinary situation and is difficult for the winner to even process. "What was a heart-breaking day for him has been a heart-filling day for me. What other sport does that to you?" pronounces an emotional Katie.

After all, that's where the best stories lie: "You're also looking for emotion and relationships, love and danger, drama."

Luke McManus has directed films in the industry before, having worked on 'Arkle - The Legend Lives On' and 'Jump Boys' in the past, but maintains while he is a racing fan he "still knows almost nothing about it."

As he explains, that is not always a bad thing.

As a documentary maker, I always said this at the time of 'Jump Boys', it is kind of a good place to be. To be the ignorant eejjt asking the stupid questions. Kind of Bill O'Herlihy, Louis Theroux. You are not afraid to ask Ruby Walsh after the Champion Hurdle 'did you make a mistake there?'

I remember asking that question and hearing people wincing. 'Oh my god! He's asked Ruby Walsh did he make a bollix of a race.' There was no pressure on me because I didn't understand the significance of it. 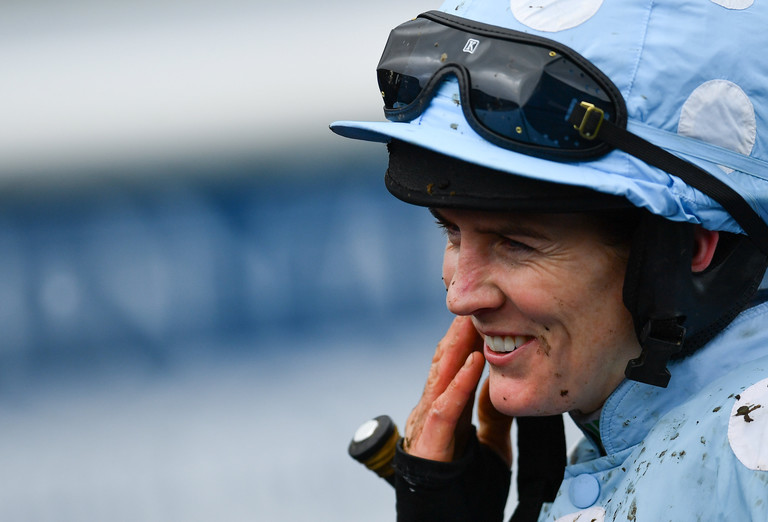 Rachael Blackmore's remarkable rise is expertly tracked from pony races against Paul Townsend as a child to challenging him for the champion jockey crown today. Yet like everyone in the production, there are highs and lows in her story which McManus must navigate.

"The dilemma is you are a professional storyteller. You need to gather as much stuff as you can as a documentary maker and then make your editorial decisions later. So you are always rolling and always trying to capture stuff. But then on a human level, you don't want to be inhumane or crass, insensitive or just a pain in the ass.

"You are always weighing that up. Basically, you are trying to find the line and not cross it. Inevitably you do cross it the odd time but that's where you have to be. Right on the line.

"You always have to say to yourself this is a bit awkward now, but in six months I will be looking at this going 'I'm really glad I did that.' This is an important part of a story.

"I don't think you can tell Rachael's story of her immense success without including the low points. Having a low point, I think makes you more invested in her eventual success when you see her suffering."

An emotional rollercoaster for the jockey and now for the viewer at home. That's what makes 'Jump Girls' unmissable.

You can listen to the full interview on 'Jump Girls' with director Luke McManus here. Episode one will be broadcast on TG4 next Thursday at 9.30pm, with episode two on Thursday, February 28.

Horse Racing
3 weeks ago
By PJ Browne
Kerryman Oisin Murphy Rides To Thrilling Comeback Victory In Newcastle
Horse Racing
1 month ago
By Jonathan Byrne
"Male, Female, It Doesn't Matter Anymore" Rachael Blackmore Shines On Late Late
Horse Racing
1 month ago
By Eoin Harrington
Watch: Tributes Paid To 79-Year-Old Trainer Jim Bolger After 2000 Guineas Win
Popular on Balls
Football
12 hours ago
By Eoin Harrington
'I Think It All Started With Roy Losing His Temper!' - Vieira, Keane And Neville On Highbury Tunnel Incident
Football
18 hours ago
By Michael McCarthy
Marko Arnautovic Gets One Game Ban - Is It A Cop Out?
Football
19 hours ago
By Donny Mahoney
VAR At The Euros Has Proven How Poor Premier League Refereeing Is
Athletics
21 hours ago
By Michael McCarthy
Don't You Just Hate When You Eat A Burrito And Test Positive For Steroids