The Department of Agriculture Food & Marine and An Garda Síochána carried out a raid on Ballintogher Stud - based in Monasterevin, Co. Kildare - earlier this month.

Samples were taken from several horses and tested by the Irish Horseracing Regulatory Board. All the horse's samples came back negative for prohibitive substances.

Liam Burke was one of several trainers who had horses affected by the raid. He had two horses subject to testing, along with one each for Jessica Harrington and Ted Walsh.

Speaking to Brian Sheerin of the Racing Post - Burke says he's considering his future as a trainer in the aftermath of the events that occurred on November 9th.

Burke told The Racing Post that he arrived on the scene as DAFM representatives were carrying out the search of the Kildare premises.

He had brought a horse onto the farm for a scan, with another horse he trained due to run in Fairyhouse but was later withdrawn by the IRHB.

There has been plenty of controversy surrounding the raid, in particular concerning equine therapist John Warwick, whom Burke denies he was involved with.

"By the law of the land you are innocent until proven guilty, but in this instance I was guilty until proven innocent," he told the Racing Post.

"I'm 47 years in the game and have never experienced anything like this. I've been having panic attacks and I haven't been able to sleep over it."

Burke said he's been the subject of plenty of back chatter at racing meets and finds it uneasy to be associated with allegations of doping.

"I was at a point-to-point on Sunday and I heard a couple of fellas behind me talking. I didn't know them and they didn't know me."

Yaiza charges home in a thrilling finish to land our feature, the https://t.co/Ca9Tff1bd6 Memorial Handicap Hurdle.

"All they were talking about was the doping going on in racing, that it was terrible. That's the perception that has been portrayed. This thing has been fuelled by people who should know better."

Over the summer, Burke was back on the saddle at the tender age of 64. He was on board Shumard in the Racing Again August 4th INH Flat Race in Sligo.

Liam is the father of top jockey Jonathan Burke. He's known for training the likes of Sumos Novios, Thyne Again and Sir Frederick.

"This is impacting people's lives and businesses, for what? It's not nice. I'm so low over the whole thing, I'm wondering if I'll bother renewing my licence at all." 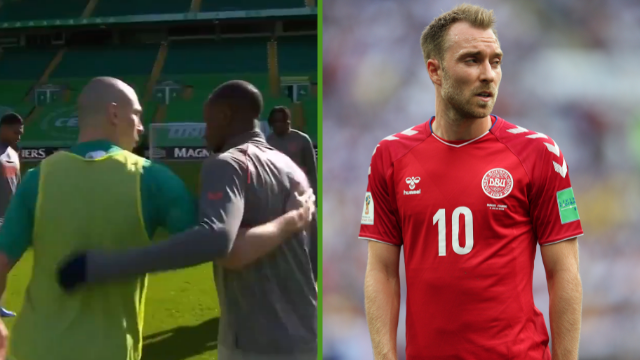 Football
3 weeks ago
By Sean Meehan
7 Absolutely Nailed On Irish Sporting Predictions For 2022
Horse Racing
4 weeks ago
By Leah Hogarty
How Flooring Porter Became An Unexpected Hero In The West Of Ireland
Boxing
1 month ago
By PJ Browne
Taylor And Harrington Voted Ireland's Most Admired Sports Stars
Popular on Balls
Rugby
16 hours ago
By Colman Stanley
Jimmy O'Brien Announced His Arrival On The Biggest Stage This Afternoon
Basketball
12 hours ago
By Eoin Harrington
Kieran Donaghy And Tralee Warriors Claim National Basketball Cup Title In Tallaght
The Rewind
20 hours ago
By Gary Connaughton
Quiz: From Which Irish County Did This Company/Product Originate?
Football
23 hours ago
By Gary Connaughton
Carragher Reveals Unhappy Instagram Message From Lionel Messi After MNF Comments