As RTÉ brought Rachael Blackmore into the Late Late studio on the virtual screen, the images of her achievements over the past few years surrounded her live camera.

It put into perspective what a couple of years it has been for Blackmore. From winning the Aintree Grand National, to the six winners at Cheltenham, to the Champion Hurdle win at Punchestown just to name a few.

An exciting night doing an insert into the @RTELateLateShow with @rachaelblackmor and Steve in the SMU. pic.twitter.com/XDtQMuFiF5

It might not be every day you witness a jockey achieve such heights, and even for Rachael Blackmore, it still hasn't hit home.

It's so hard to comprehend what's after happening in the last few weeks I suppose. Every time someone says, 'Well done on Aintree', it hits me every time. God that actually happened, it's just phenomenal.

She was then asked about the big Grand National win, and for Blackmore, everything fell into place for her that day.

Everything just went as I would have loved it to go. It's four plus miles, forty horses, thirty jumps, anything can happen in a Grand National. For it to just run as smoothly as it did was stuff of dreams. Then when you're the first one home it's just incredible.

With such success in 2021 in particular, many are keen to find out the secret to Blackmore's success. The Tipperary native revealed what drives her on to achieve in the sport.

I love jumping horses, you know, it's a kind of an addiction. If you told me a few years ago you'll achieve x,y and z. I would have said, "I'll be so happy with that, I'll retire happy." But like, I don't want to do that. I want to keep going. You just have a love for riding, riding horses and winning and it's all just kind of mashed up into one I think. It's just a fantastic sport to be involved in.

Many aspiring jockeys will take inspiration from Blackmore's journey and success. From an amateur jockey to winning the Grand National, she explained how she made the leap.

The yard I was in at the time, Shark Hanlon, he just said to me he'd have more opportunities for me if I was to change my licence from amateur to professional. I was light, he had a lot of horses in his yard for me to ride. And he gave me that opportunity. I think everyone needs someone to kind of get behind them in life and give them a chance like that, extremely grateful that I got that from him.

MARTIN SAMUEL: It's inspiring to see a woman at the top in Rachael Blackmore... soon it'll be normal: MARTIN SAMUEL - CHIEF SPORTS WRITER: There will come a time when it will be just jockeys clearing the last at Cheltenham, when we will no longer… https://t.co/LTEGZUKiGH pic.twitter.com/EL6fiIb5lP

Blackmore has been a particular inspiration to female jockeys and female sports people in general. Following on from the 2020 campaign 'if she can't see it, she can't be it', she feels a sense of pride to be flying the flag for it.

We are extremely lucky in racing that the equal pay, equal opportunity.. it's something that racing should be very proud of. As a jockey I feel male, female, it doesn't matter anymore. If you're good enough and you work hard you'll get the opportunities. That's been the case for a long time before me in racing.

Blackmore finally touched on being an ambassador for the 2021 Coca Cola Thank You Fund. The fund supports non-profit youth organisations that are vital parts of communities. Blackmore talked about the work they have done for the City Farm in St Anne's in Dublin, in which she visited recently.

See Also: From Clonbullogue To Circuit De Catalunya, Meet The 15-Year-Old Racing Star Of The Future 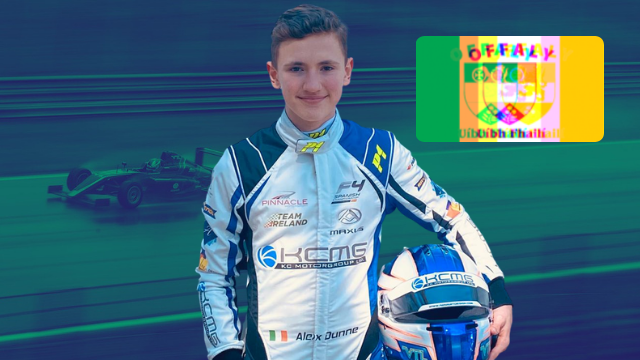 Football
3 weeks ago
By Sean Meehan
7 Absolutely Nailed On Irish Sporting Predictions For 2022
Horse Racing
4 weeks ago
By Leah Hogarty
How Flooring Porter Became An Unexpected Hero In The West Of Ireland
Boxing
1 month ago
By PJ Browne
Taylor And Harrington Voted Ireland's Most Admired Sports Stars
Popular on Balls
Football
1 day ago
By John Dodge
These Are The Irish Footballers Who've Received Ballon D'Or Votes
Rugby
10 hours ago
By Colman Stanley
Jimmy O'Brien Announced His Arrival On The Biggest Stage This Afternoon
The Rewind
14 hours ago
By Gary Connaughton
Quiz: From Which Irish County Did This Company/Product Originate?
Football
17 hours ago
By Gary Connaughton
Carragher Reveals Unhappy Instagram Message From Lionel Messi After MNF Comments