It's been a wild ride for Oisín Murphy on and off the course and it appears he's taking some steps to help calm the storm.

The reigning flat jockey champion has given up his licence for the time being to focus on rehabilitation from a longstanding struggle with alcohol.

The news comes as Murphy is due to undergo a disciplinary hearing for breaches of Covid-19 protocols and two failed breath tests in 2021.

Murphy released a statement on Thursday addressing the issues via the British Horseracing Authority website:

On returning from abroad last September in 2020 I failed to follow the Covid protocol set out by the BHA. In breaking these rules, and attempting to mislead the BHA, I’ve let my governing body down, along with trainers, owners, staff, sponsors and family for which I wish to apologise.

In addition to this, there have been two racecourse incidents linked to alcohol during 2021. It became obvious to me and to everyone else that I needed to seek serious help. In recognition of this, I have relinquished my licence and will now focus on my rehabilitation. I am grateful to the BHA for agreeing to postpone the disciplinary hearing until I have been able to take these steps.

Whether I deserve it or not, many kind people have stood by me and I really appreciate their support. I’m deeply embarrassed and regret my actions.

The 26-year-old was supposed to be sanctioned by an independent disciplinary panel last week but that has since been delayed.

Murphy's Covid-19 breaches arise from a trip to Italy in September 2020 and misinforming the BHA of his whereabouts upon his return.

During the days in which he returned, he was alleged to have been present at a race meeting and not compliant with self-isolation guidelines at the time.

BREAKING - Oisin Murphy has temporarily relinquished his rider’s licence to “focus on rehabilitation” following two cases regarding positive alcohol tests returned from racecourses in 2021. Murphy has also been charged by the BHA over possible breaches of coronavirus protocols pic.twitter.com/WUHy5Eo78P

Murphy's success on the course this year has been darkened by a failed breathalyzer test at Newmarket in October and an unreported test at Chester in May.

He'll likely face sanctions for those incidences but it appears his team, Qatar Racing, are standing by him throughout the judicial process.

Most recently in October, Murphy made it three flat jockey championships in a row at Royal Ascot after fending off the challenge of jockey William Buick.

It happened a week before his incident at Newmarket where he was involved in a 'fracas' at a pub in the town before failing a breath test. 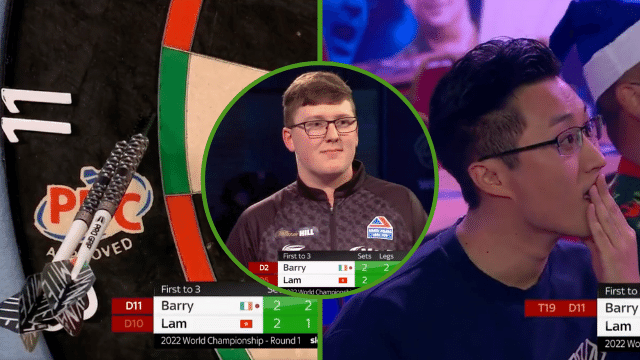