Paul Townend Looks Ahead To Bumper Weekend Of Racing At Leopardstown

We have a bumper weekend of racing ahead, with the Dublin Racing Festival taking place in Leopardstown on Saturday and Sunday.

Ahead of a stacked card, Paul Townend has been looking forward to some of the race he is involved in over the two days and where the value may lie.

Here's what he had to say.

Townend will be saddling favourite Chacun Pour Soi, with the nine-year old priced a 4/9 at the time of writing.

Its main challenger looks to come in the form of stablemate Min, who can be backed at a price of 4/1. Townend believes it will be a closely fought race.

I suppose Chacun took the same line as most of ours did. He won in the Hilly Way in Cork but he really had his swagger back in Leapordstown at Christmas.

He obviously has to take on Min here which will be no easy feat. He beat him there last year but it's a different race this time around. We're hoping we can beat him again, form figures say we can so lets see.

Townend will be onboard the 12/1 outsider Saldier for this Grade 1 affair, with the Rachael Blackmore trained Honeysuckle the 11/8 favourite.

While a big improvement will be expected from Saldier, the 30-year has summed up just how tough of a field this will be.

Obviously there's the little problem of Honeysuckle being thrown in this time as well. She's going to take a lot of beating getting the mare's allowance as well.

Petit Mouchoir (12/1) ran a cracker at Christmas, Abacadabras (8/1) has to leave a poor run behind him, and Sharjah (9/4) sets the standard for Irish two-milers I suppose barring Honeysuckle.

It's not going to be easy, but I'm expecting a big improvement from Saldier.

Townend will be riding another outsider in this race in the form of 16/1 shot Buildmeupbuttercup, although the 7-year old has run well at Leopardstown on occasion.

She also enters in good form having won the last two races with Townend in the saddle.

She's going there after giving her last run in good form. JP McManus is well represented with Ciel De Neige (10/1) who ran very well in Limerick, Jody McGarvey was the rider in that.

The fact that Mark Walsh has chosen to ride the The Moyglass Flyer (13/2) I suppose is a tip in itself.

Townend will be on board another favourite on Sunday afternoon, with Appreciate It heavily fancied at 8/11 in this novice hurdle.

He believes it will be a tough field, but Appreciate it is in excellent shape after showing some strong form over Christmas.

He will have to take on Ballyadam (7/1) and a few of these that he beat over Christmas. I was really taken with the way he quickened up off the bend, he showed a gear that he probably didn't show last year.

The slower ground won't inconvenience him up there... I definitely wouldn't get off Appreciate It for anything in the race at this point in time.

You can see the full race card for Saturday at the Dublin Racing Festival here. 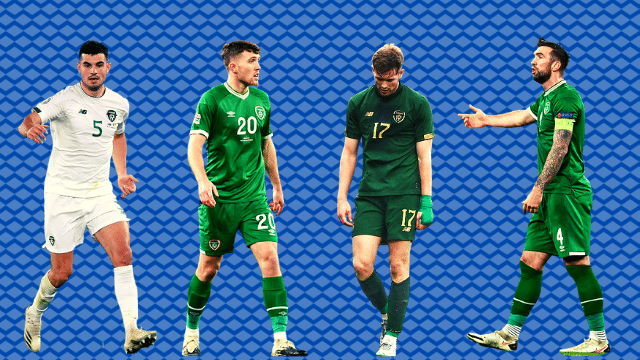