Punchestown Tips: Your Guide To Champion Hurdle Day At The Festival

It's been Willie Mullins' world so far this week, and we've just been let live in it. Mullins is on course for even more records this week and there's still two days of racing to go. We've got some great Punchestown tips for Day Four of the festival.

A 299/1 five-timer for Willie Mullins yesterday highlighted an incredible performance by the trainer so far this week. The Carlow based trainer now has 13 winners in just three days, and while Klassical Dream landing the Ladbrokes Champion Stayers' Hurdle yesterday was the big win of the day, he'll also have been delighted at the performance of Energumene in the Ryanair Novices' Chase. After missing out of Cheltenham, the novice two miler has dominated in Ireland this season, and is into 5/1 for next year's Queen Mother Champion Chase.

There's still two days of racing to go however, and today promises to spread around the attention somewhat, especially with the unstoppable mare Honeysuckle, under Rachael Blackmore, in action in the feature race of the day, the Champion Hurdle.

Over the course of the week, we've got you covered with Ladbrokes' Punchestown tips for each race of the Festival. Two long odds each way placings, along with the short odds on Energumene made yesterday another successful day for our tipster. Let's hope this can continue today. Good luck!

A race that is unique to the Punchestown Festival as, bizarrely, you have to be an owner of land in Kildare Hunt’s district to have a runner in this race. As a result, this is quite a weak field.

Rewrittherules looks like he will go off an odds on shot here but “Shark” Hanlon has had a few runners run below par so far this week so we’ll take him on with previous winner of this race Alpha Male. He been running OK in some stronger races than this lately and can go in again for local trainer Peter Maher.

Willie Mullins has been utterly dominant so far this week and looks to have another strong hand here headed by Asterion Forlonge.

Mullins has won this race in recent years with classy types Kemboy and Real Steel who both carried top weight to win and he can complete the hat-trick. Asterion Forlonge had his jumping issues in the middle part of the season but seems to have got his act back together in recent starts and in truth looks a Grade 1 horse running in a handicap.

Salsaretta is a good mare on her day and will be suited by dropping back in trip here after not getting home in the Irish National last time. She is a two-time course winner at Punchestown and had previously run well behind Colreevy at Cheltenham. She looks a good each way bet at around 8/1. 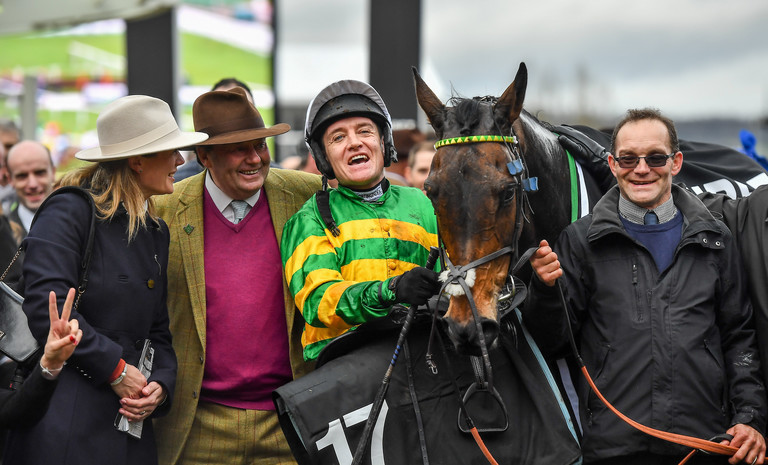 10 March 2020; Barry Geraghty and Nicky Henderson with Epatante  after winning the Champion Hurdle at Cheltenham. Photo by David Fitzgerald/Sportsfile

The form of Henry de Bromhead’s horses this week is becoming a real concern (17 runners, 0 wins, 3 places) and as a result the unbeaten Honeysuckle might be worth taking on here. She has looked untouchable this season but two monster performances at the Dublin Racing Festival and Cheltenham could catch up with her.

The alternative is an 6/1 each way play on Epatante. A brilliant winner of the Champion Hurdle herself in 2019, she failed to fire at Kempton over Christmas before a better run behind Honeysuckle in the Champion when Nicky Henderson’s yard was in mixed form. If she can step up again from that performance, she looks very unlikely to be out of the places and could even get the better of Honeysuckle. 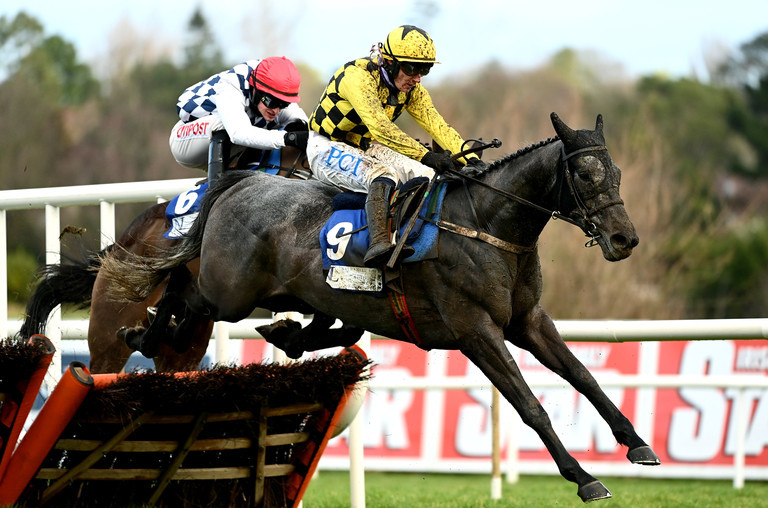 6 February 2021; Gaillard Du Mesnil jumps the last on his way to winning at the Dublin Racing Festival at Leopardstown. Photo by Harry Murphy/Sportsfile

Unfortunately the odds on de Bromhead runner Bob Olinger has been ruled out of this race, leaving it much less of a contest.

Gaillard Du Mesnil may have under performed at Cheltenham, but prior to that had put in a sensational performance at the Dublin Racing Festival which may have just left its mark in March, He is reported to be back in great form and should have enough without the favourite. 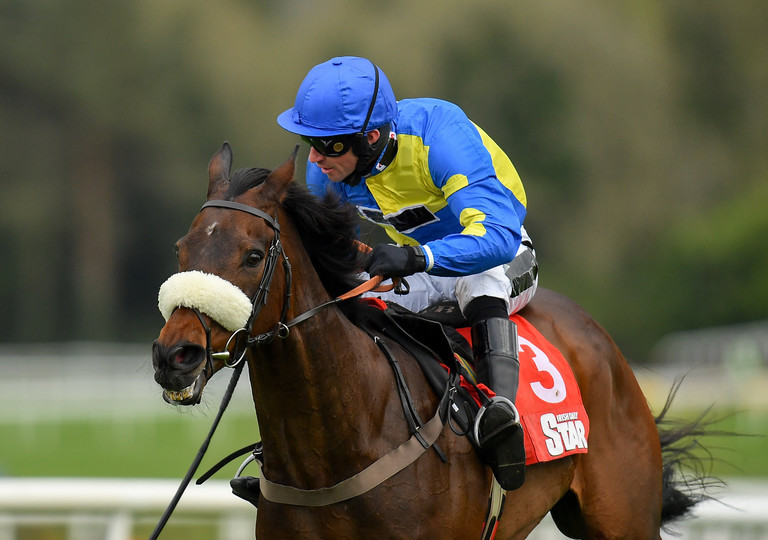 3 May 2019; Caid Du Berlais on his way to winning the Champion Hunters Steeplechase at Punchestown. Photo by Seb Daly/Sportsfile

Caid Du Berlais is bidding for a hat-trick in this race and would be poignant winner after his trainer Rose Loxton sadly passed away in August 2020. He is now trained by widower Sam Loxton and it is unlikely a British winner would ever be more warmly greeted at the Punchestown Festival if he can get his head in front again.

The selection of Caid Du Berlais isn’t purely sentimental however. He clearly loves this course and distance and seems to retain plenty of ability at the age of 12.

M C Muldoon is a horse that has taken a few runs to get the hang of hurdling but is strongly fancied to take this. A very smart horse on the flat where he was rated 100 at one point, he was just too keen on his early hurdles starts but his run behind Echoes In Rain at Fairyhouse reads quite well in the context of this race and the form of the yard makes him look a steal at 11/4.

Gavin Cromwell has had a week to forget with very disappointing performances from Flooring Porter, Vanillier and a host of handicap horses. As a resul,t My Mate Mozzie looks another favourite that has to be taken on at the prices.

Martin Brassil had a bumper horse run very well here on Wednesday and his newcomer Stone Mad makes plenty of appeal. He is closely related to some very smart sorts in Tombstone and Tintangle and could go very well here on debut under Derek O’Connor. 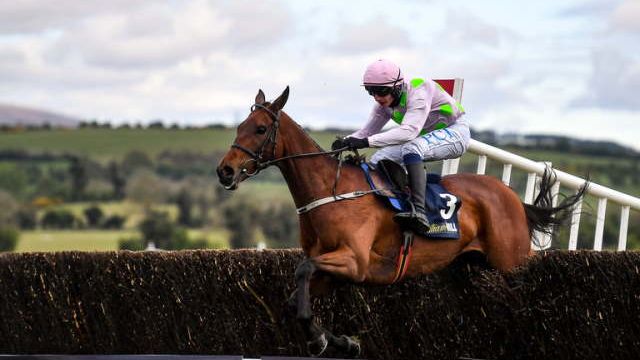