Ruby Walsh described as "shambolic" the start to the 2:45 at Naas on Sunday.

It was won by favourite Capilano Bridge. Remarkably, despite being so badly hampered at the start, the Oliver McKiernan-trained Aarons Day managed to finish second.

A dramatic few minutes and a very controversial start at Naas.

"That should have been a false start," Walsh told Racing TV.

"Absolutely no doubt about it. It whips around with Phillip Enright, but the tape hadn’t gone up. There is no way on earth Derek Cullen (the starter) can start that race.

"If the tape had gone I can understand why it wouldn’t be [a false start], but it hadn’t. That’s a false start. That is shambolic.

"I feel sorry for Oliver McKiernan, and if you’ve backed the other horses (Shakeytry or Sean Says) I apologise to you.

"We saw at Punchestown last week there was a race started with one horse not even on the track, and now we see this today. How does that horse (Aarons Day) finish second, it's beyond me. That’s incredible."

Walsh later added: "The comedy of errors just keeps going on for the IHRB at the moment.". 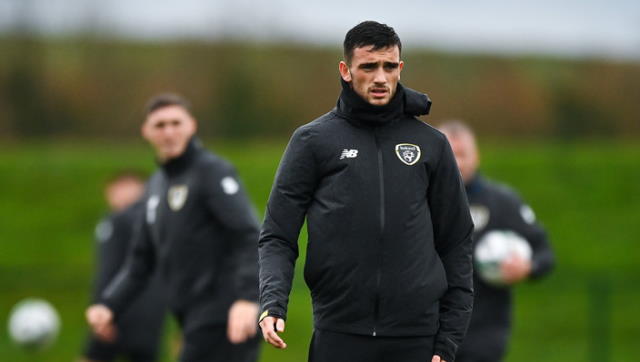