Among sport's small place in the coronavirus pandemic, nothing has sparked more debate and controversy than the Cheltenham Festival running from the 10th to the 13th March. Approximately 250,000 spectators attended the racetrack over four days, many of whom had traveled from Ireland. Sometimes overlooked, but regularly brought up by defenders of Cheltenham's continuation, was the Liverpool vs Atletico Madrid Champions League game at Anfield that also took place that week, on March 11th.

On Sunday it was reported than an NHS study had found the Anfield game, played in front of 52,000 fans, including 3,000 traveling supporters from Madrid, caused an additional 41 coronavirus deaths.

Now, Professor Tim Spector of King's College London, the scientist leading the Covid-19 Symptom Study, the UK's largest coronavirus tracking project has said that the two events "caused increased suffering and death," based on his findings.

On 11th March, the day of the Liverpool game and the second day of the festival - the World Health Organization declared Covid-19 a pandemic. By Thursday 12th March, Taoiseach Leo Varadkar had announced the first lockdown measures in Ireland, originally banning gatherings of 100 people or more. For the two days that followed, Cheltenham, with the UK government showing no such caution, went ahead at full capacity. 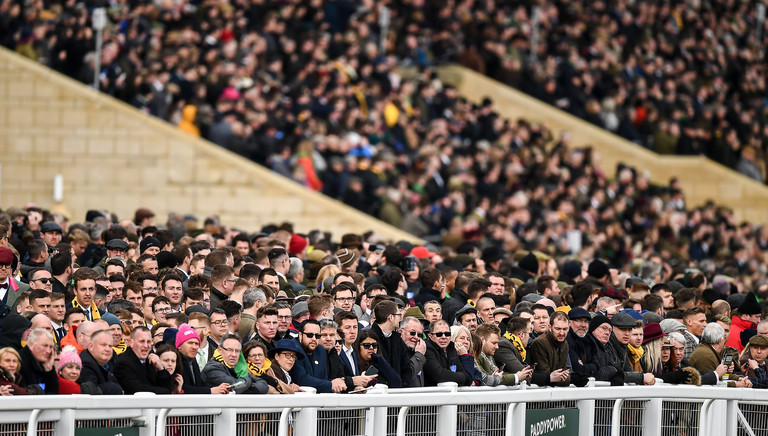 Now the Covid-19 Symptom Study has found that "people will have probably died prematurely" because of this decision.

According to a Radio 4 programme,  File on 4 - Game Changer: How the UK played on during coronavirus, to be broadcast tonight, by the last week of March, Liverpool and Cheltenham were among the areas with the highest number of suspected cases of Covid-19, with an estimated 5-6% of the population, aged 20 to 69, having symptoms in those two regions.

On the show, Professor Spector states that, "I think sporting events should have been shut down at least a week earlier because they'll have caused increased suffering and death that wouldn't otherwise have occurred."

SEE ALSO: There Were Zero Covid-19 Deaths In Ireland Today