Somehow, Cheltenham still goes ahead today despite the sporting world's calendar collapsing around it, and where there's a Cheltenham, there's a Balls.ie Cheltenham Tipster Table!

While there are many questions as to whether it is right that the Festival has gone ahead, from a racing only point of view, it's been a cracker. Today is Gold Cup Day, and many are tipping Al Boum Photo to retain for Ireland and Willie Mullins. Gordon Elliot also has a two race lead on Nicky Henderson for top trainer, while Barry Geraghty leads the race for the jockey title.

Once again, we've gone through all of today's papers to get all the tipsters in one place for you to make your most informed decisions.

Top of the Table:

It was a bit of an outsiders’ day at Cheltenham yesterday with many of the Tipsters struggling. The Independent’s Trav Corr remains in the lead despite having just one winner on yesterday’s card. The Sun’s Sirius and perennial Tipster Table winner Sunratings were the big movers with three winners each. Just seven races to go now for what is universally considered the biggest prize of the Cheltenham Festival. 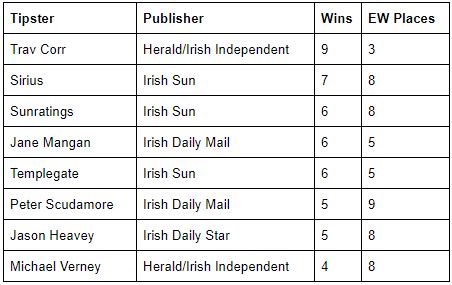 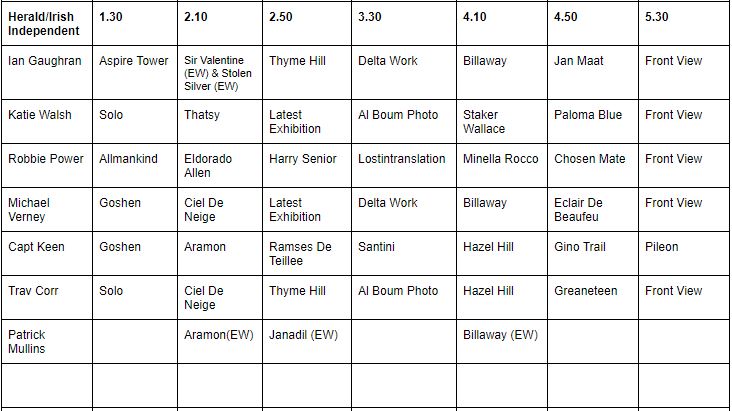 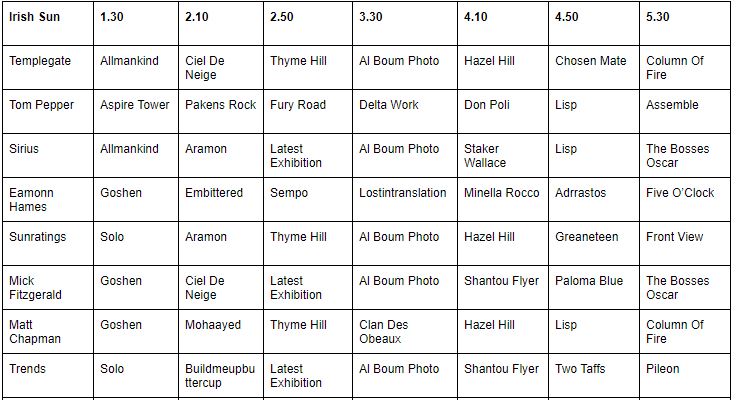