In the early months of 1990, Tipperary faced the All-Stars team in the Skydome in Toronto, the home of the Blue Jays.

Naturally, there is a degree of overlap between the personnel on the All-Ireland winning team and the All-Stars team. In this instance, the All-Ireland champs are given first refusal.

To make up the difference, the All-Stars team allowed Cork lads Jim Cashman, Tony O'Sullivan and John Fitzgibbon (all three would win All-Stars in 1990), Dublin full forward Brian McMahon (would also win an All-Star in 1990), and Kilkenny wing back Liam Walsh on the junket to Toronto.

The All-Stars team boasted quite a few Galway players, meaning the potential for nastiness hung in the air. The rivalry between the two best teams of the era had reached its zenith in the previous year's poisonous All-Ireland semi-final. The scene was set for a Boston style brawl.

Fortunately, the Galway players selected were, by general consensus, the 'nicer' fellas on the team - the guys who were inclined to leave the confrontational stuff to their more grizzled teammates.

As per usual, the All-Ireland champions eventually won the match handsomely on a score of 5-15 to 3-11. The game was played on old-school astroturf that didn't look too conducive to wristy hurling, with the players forced to wear their socks pulled up high above the knee to avoid severe carpet burn.

The match was broadcast live by TSN and RTE. Canadian broadcaster Chris Sedens introduced the game alongside Ger Canning. The Cusack Stand was still a rusty old hulk in 1990 and thus Irish folk were less blasé about the sight of dazzling modern stadiums.

Ger was wowed by the Skydome, suggesting that they organise a whip-around so an equivalent stadium could be built in Ireland.

All in all, it was an incredible display by Canning, who confusingly explains the hurling grip (without a thought in the world for the humble left hander), equates 2-6 to 1-4, and generally dazzles with a booming display alongside his Canadian counterpart. Towards the end of their pre-match chat, Ger - in a move reminiscent of Charlie Haughey attempting to charm Maggie Thatcher with a Georgian teapot - presented Sedens with a bit of Tipparary crystal.

The cameraman had some difficulty coping with the pace of the game, as evidenced by his total failure to capture Eanna Ryan's early goal for the All-Stars. 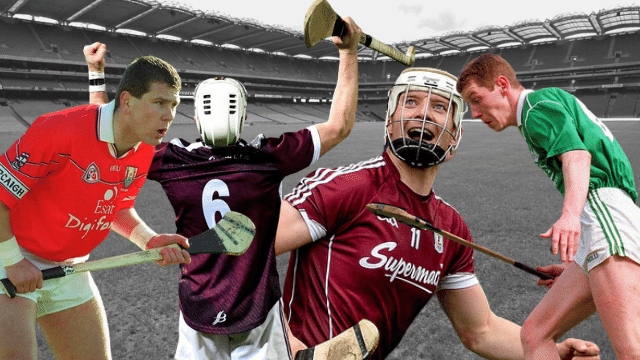